Friday’s episode saw Nicola Wheeler (played by Nicola King) finally seeing her attackers brought to justice in court. Earlier this year, Nicola was brutally beaten and left for dead by a gang of violent girls. Naomi Walters (Karene Peter) was dragged into the drama because she later appeared on the scene. Friday’s episode of the  soap saw the girls jailed, and Naomi was found not guilty. Following the trial, her husband Jimmy King (Nick Miles) couldn’t understand why Nicola was still feeling upset. Some  viewers expressed concern for the character, insisting she needs more support.

As the jury’s verdict was being announced, Nicola was overwhelmed and swiftly left the courtroom.

“I can’t take anymore,” she replied. Jimmy remarked: “They’re found guilty, she’ll be locked up, and she’ll never be able to hurt you again. It’s what we wanted, isn’t it?”

“I told you, I just want it to be over,” Nicola replied flatly. 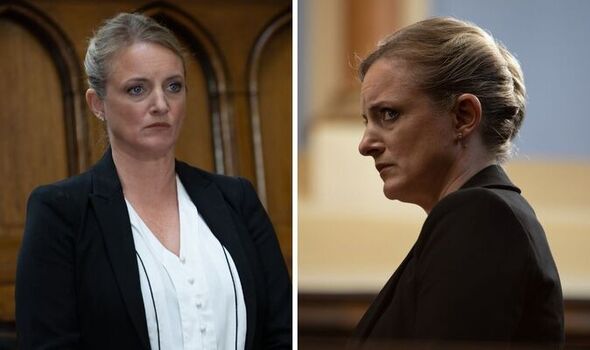 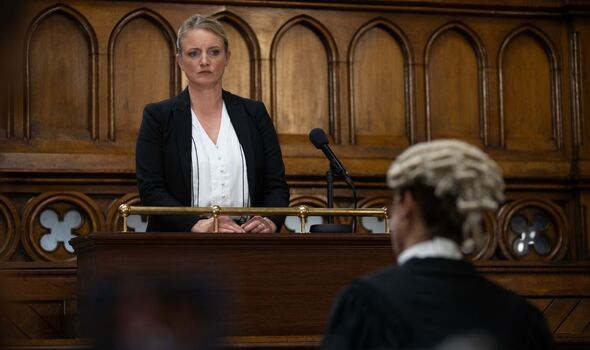 Emmerdale: Nicola’s ordeal is far from over (Image: ITV)

“It soon will be, come back inside and watch the others get sent down!” Jimmy insisted.

“No, you go, you can tell me about it later,” Nicola suggested.

“I don’t understand, I thought you’d be pleased,” Jimmy responded.

“They can lock them up Jimmy, but they can’t lock them out of my head,” his wife explained.

Later, when the couple were back at home, Jimmy suggested a celebratory pint at the pub. 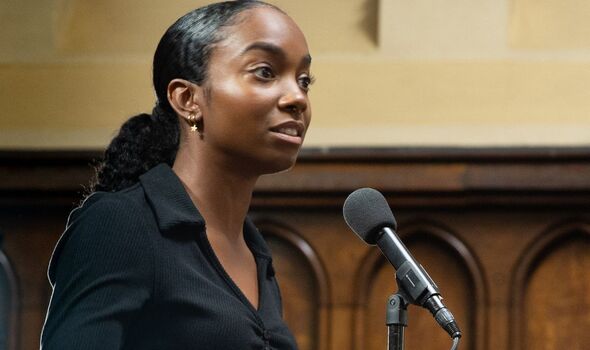 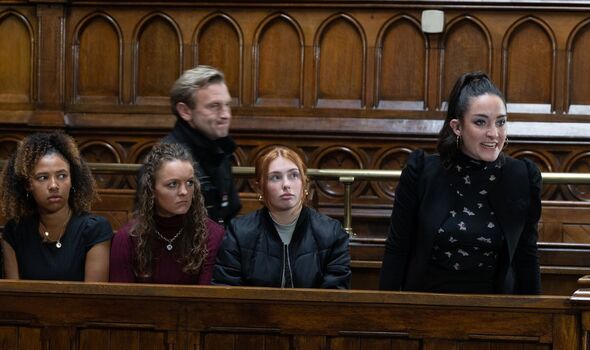 “No thanks,” Nicola stated, but Jimmy tried to convince her to go.

“Oh, come on! I reckon the Andersons will be over there too,” he commented.

“That’s another good reason for not going,” Nicola added.

Jimmy argued: “Is it? we can’t be feuding with our neighbours and the way I see it, Naomi’s evidence won the case in your favour, it’s a good time to make peace.”

Nicola later explained: “It’s all you want, isn’t it? To make your life easier.

“I suppose you’re fed up of me moaning. I’ll pretend it’s over and then you can forget too.”

“It’s not like that, I’m just glad you finally got justice,” Jimmy remarked.

Readmore : The Crown boss defends new series release in wake of Queen’s death: ‘We must all accept’

“Well, I’m sorry I can’t put on a smiley face for you, but all the trial did was make me relive that day. I’m still going to have nightmares about what they did to me.

“And every time I see Naomi it’s going to remind me of what happened.”

Viewers felt sympathy for Nicola though and believed her family and friends should have been more supportive.

Twitter user @mr_sjpatterson wrote: “No one is really taking Nicola’s mental health struggles into account are they? Telling her to ‘move on’ and trying to force her to get on with Naomi is an odd move. #Emmerdale.”

@itzzzo_ commented: “They’re trying to get us to feel for Naomi here with Nicola refusing to move on and Jimmy and Laurel trying to comfort Nicola as if Naomi is the victim and not Nicola #Emmerdale.”

@loulouppg17 fumed: “#Emmerdale Are you feeling ok? Normally when the trial is over everything is magically ok (except for when they need to bring it up related to something else) They can’t expect Nicola to magically put everything behind her, especially if she still needs to see Naomi every day.”

@felixw1 shared: “This #Emmerdale storyline is actually horrible. They’re constantly trying to make us sympathise with Naomi and make her the victim… um no Nicola is the victim here!”

“Why does everyone expect Nicola to just be alright now after the court case she is traumatised #Emmerdale,” asked @Cinders12345678.

Emmerdale continues on Monday at 7.30pm on ITV.