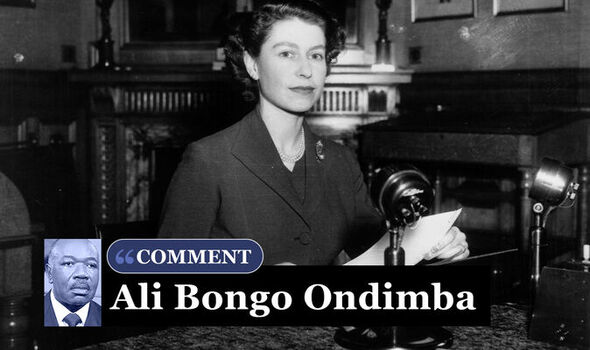 As a small nation we sought to broaden our country’s horizons for our citizens through closer association with nations of the English-speaking world. We saw the opportunities the Commonwealth could bring for increased trade, greater investment, enhanced educational advancement for our young people, and much more.

Very soon we found the best of allies: the then Prince of Wales, Charles. It was our mutual commitment to the environment that began our common cause.

You are reading: Those denouncing Charles and Commonwealth are so wrong, says PRESIDENT OF GABON

Though Gabon is amongst the most urbanised nations in Africa, close to 90 percent of the country is covered in forests. He became intrigued by our work to defend this unique environment and its biodiversity.

Now we have worked closely together for over a decade protecting and promoting the Congo forest basin – of which Gabon is a central part – and which along with the Amazon, makes for the two great “lungs of planet Earth”.

This forest’s health and sustenance is crucial to every country and every one of us alive today.

When it affects us all, we could simply have continued to champion this great cause we share without joining the Commonwealth.

But you always stand tallest when you stand closest with those whom you agree.

The fact that we could – indeed the fact that the Commonwealth exists today in its current form for Gabon to join – is a testament to Her Majesty the Queen.

She carried the flame for a multi-national, multi-cultural free association of nations for seven decades, presiding over its transformation from a club of six countries which shared the British monarch as head of state plus a single republic – India – to today’s 56-member organisation.

What a unique organisation it is when once based on allegiance to the crown today most of its member states are republics.

It is also a uniquely global association which has continued and thrived over two generations while the world has become more regional.

For a time, Britain was part of that trend: Indeed, during those decades as a member of the European Union many amongst the country’s political leadership viewed the global Commonwealth as secondary while they prioritised European association closer to home.

It was through these years that The Queen and the Royal family were critical to the organisation’s preservation and even expansion, acting as patrons and promoters of some 80 individual Commonwealth organisations.

While The Queen’s direct involvement with its member governments and leaders was never political, at critical times it has been geopolitical.

From her infamous dance (and anti-racist statement) with Ghanian president Kwame Nkrumah in 1961, to her determination for the Commonwealth to impose sanctions on apartheid South Africa, to her brokering of a rapprochement between the leaders of neighbouring Uganda and Kenya – she repeatedly used her ‘soft power of persuasion’ to unite peoples and nations and challenge division and hatred.

Many of these momentous inflections of social and geopolitical change the Queen addressed in her long leadership as head of the Commonwealth have been resolved.

Fortunately, toward the different challenges of the world today we have personally witnessed the same quiet steel and commitment in King Charles.

Only last year, the future King hosted me at the Royal Botanical Gardens at Kew, where we viewed together a laboratory for testing the world’s leading technologies for sustaining our planet’s finite resources.

That personal commitment to the environment, as well as to the Gabonese people, has been crucial in our bid to join the Commonwealth.

There is no greater champion of the benefits of membership than King Charles: of the “Commonwealth Advantage” that sees the cost of trade between members on average 21 percent lower than between non-members states; or how educational standards and opportunities can be enhanced from schoolchildren to university students through support from the Commonwealth’s numerous educational associations.

Today, the Commonwealth is striving to agree transferable standards and certification for business and academic qualifications across its 56-nations of 2.4 billion citizens.

This would be an extraordinary opportunity for the Gabonese people to trade, travel, and learn which we will grasp to widen our horizons as never before.

And as we do, we will never forget it is thanks to The Queen, along with King Charles, who have maintained and nurtured the Commonwealth – especially during those times when it was less politically fashionable – that we have this opportunity at all.Ali Bongo Ondimba is president of the Republic of Gabon.