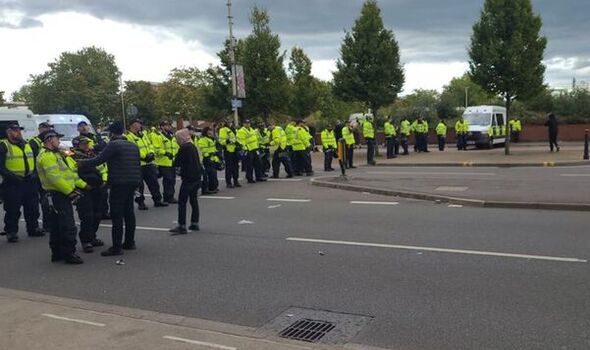 People in the areas of Leicester effected by recent violence have spoken of their disappointment (Image: BPM)

About 200 masked and hooded men threw bottles and fireworks at a Hindu Temple in Smethwick, West Mids on Tuesday.

Cars were damaged and officers in riot gear came under attack, while an 18-year-old was held on suspicion of carrying a knife.

You are reading: Recent tensions in Leicester now spread to Birmingham

The crowd gathered after a controversial speaker was booked to address worshippers, but was later dropped.

Ahmad Bostan, a Labour councillor in nearby Sandwell, said: “The despicable scenes witnessed in Smethwick tonight do not represent the harmonious rich diversity of our town.”

The disorder at the Durga Bhawan temple followed clashes between Muslim and Hindu men in Leicester, first sparked in late August, which led to 47 arrests at the weekend.

Sixteen officers and a police dog were injured during the fighting there on Saturday.