There was a huge turnout on the Walden Cross Country ski trails in Greater Sudbury Community of Naughton Saturday morning as the facility played host to an Ontario Cup race.

Racers from Thunder Bay to southern Ontario descended on the course, about 300 in total. 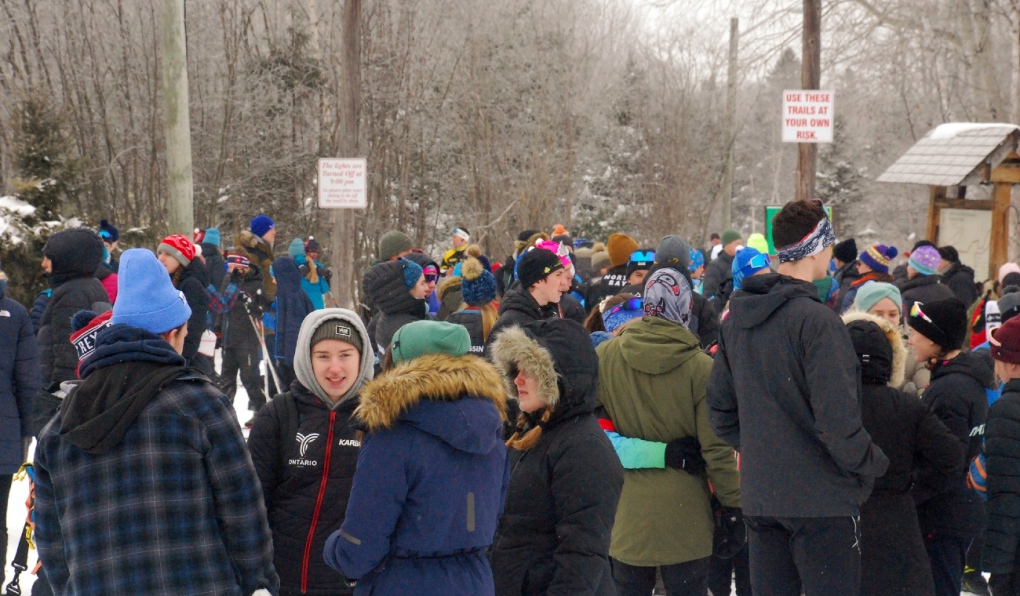 The crowd Saturday morning as the Ontario Cup was underway at Walden Cross Country in Greater Sudbury. (Supplied)Organizers said an event like this has been a long time coming. They tried in 2018, but it rained. In 2019 was frigid, but the conditions this year were perfect.

Officials said this is one of the first big races post the pandemic shutdown. By all accounts, the cross-country community is a tight-knit group.

“Yeah, it’s been really good, the course is super busy,” said Will Bleecker, who made his way from Hamilton to compete in the U20 race.

“Definitely there have been 20 of us in the one spot, but the atmosphere is really cool, seeing some friends I haven’t seen in a few years that go to different schools.”

A recent blast from Mother Nature has been helping the competition. Skiers from Sudbury, just under 90 minutes down the highway told CTV News they do not have snow like this at home.

“This is my first O-Cup, I’m super excited for the team and I think it’s going to be great.”

“I like the trails here. They’re pretty nice. I think it’s a lot different than North Bay,” said U14 skier Harrison Rees.

Officials said it’s a long weekend of racing, but the team sportsmanship makes for a ton of great memories.

“It was great, these trails or so fun, so fun,” said Ruth Zavitz, a U18 skier from Thunder Bay.

“I’m excited, it’s a very hilly course but it’s going to be fun,” said U16 skier from Ottawa Roman Custic.

Racers here can accrue points that they can use for travel, not only across Canada but around the world.

The competition continues until the end of Sunday.