On Friday’s episode of , the campmates finally unleashed some of their own frustrations towards the former health secretary. And Matt was left close to tears following the discussion, which saw Loose Women star Charlene White opening up about how her aunt died alone during the pandemic. The MP became emotional as he explained he wanted forgiveness.

Several of this year’s famous faces have privately explained their reluctance to welcome late arrival, Matt, into the camp due to his conduct during the COVID-19 pandemic.

You are reading: Matt Hancock verges on tears as Charlene White grills him over aunt who died of Covid

Matt broke the lockdown rules he had imposed on the nation after being recorded kissing his colleague, Gina Colangelo.

On Friday, the heated conversation finally took place, with Matt being grilled by fellow contestants over breaching the rules and general decisions during the difficult period.

Radio star Chris Moyles asked Matt: “You got a lockdown fine, didn’t you?”

“You were socialising with someone outside of your household,” she pointed out. 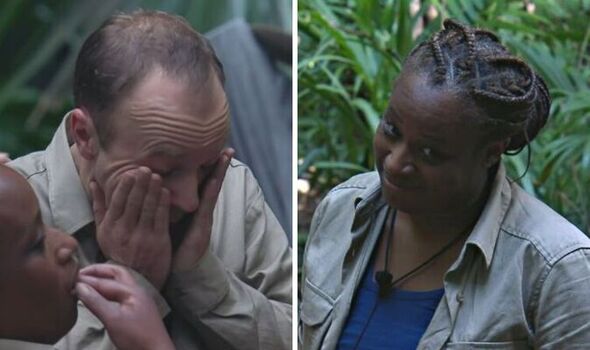 I’m A Celebrity: Charlene told Matt about her aunt who died of Covid (Image: ITV) 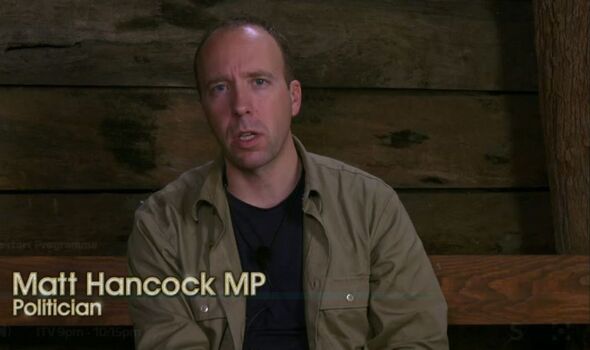 The former health secretary replied: “I didn’t break any laws. Guidance is different.”

Scarlette Douglas continued: “So there’s a rule and there’s a law.”

“Guidance is guidance,” Matt stated. “But the problem was it was my guidance. That’s why…”

“Why did you break your own guidance?” the A Place in the Sun expert probed.

Readmore : ‘Thought it was a bomb!’ Josie Gibson issues apology after terrifying This Morning guest

The 44-year-old answered: “Because it was a mistake, because I fell in love with somebody.”

Speaking privately in the Bush Telegraph, Matt commented: “In a way, lots of the campmates asked questions that the public have got as well and it’s only respectful to just give completely straight and truthful answers.” 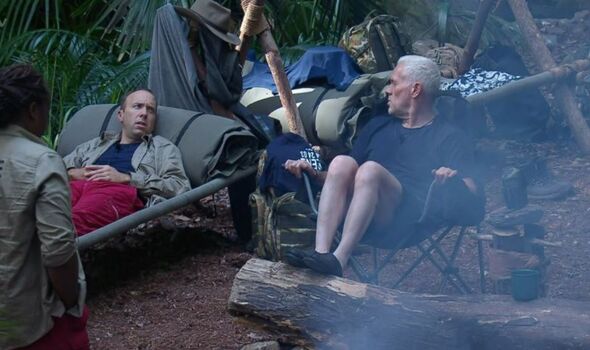 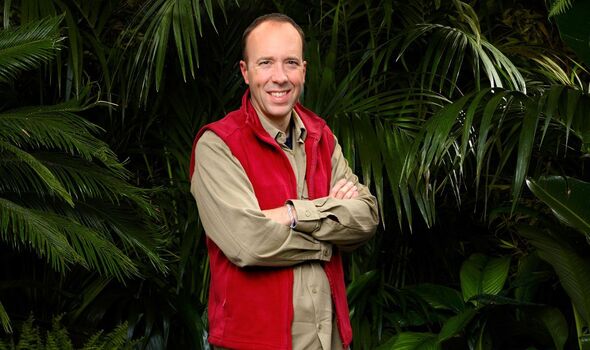 I’m A Celebrity: Matt shocked the nation when he was cast on the show (Image: ITV)

During the conversation, Scarlette continued: “But you did it anyway?”

“That’s why I apologised for it,” the MP responded. “I feel very…”

“It’s that kind of, you just do it and then afterwards it’s like, ‘Oh I’m sorry, I’m sorry,'” Scarlette went on.

“No, because it’s bigger than that,” Matt admitted, to which Charlene began to give her view.

“It’s massively bigger than that,” she argued. “My aunt died from Covid in the first wave.

“So, we couldn’t go to the hospital to go and visit her. I had to sit by myself in the church at her funeral.

“We couldn’t hug each other because we were following guidance.

“And I get that you fell in love, I understand all of those things, but sorry, for a lot of families like mine, [it] doesn’t really cut it.”

“Yeah. Well, there you go,” Matt replied. “That’s one of the reasons that I regret it as much as I do.”

Readmore : The Watcher house worth: How much is 657 Boulevard worth?

“Do you have regret regarding the way that as health minister you dealt with the pandemic as a whole?” the journalist continued.

“So, the pandemic as a whole no. I’m much, much more robust in my defence of it,” he claimed.

Charlene went on: “Even when PPE, with carers and with old people’s homes?”

“So PPE for instance, I know, of course, I saw what happened to it, but that’s because we suddenly needed masses more PPE and so did everybody else in the world,” he stated.

“And care homes… There were reasons for the decisions that were taken and ultimately those problems were caused by the virus, not the people who were trying to solve the problem.”

In the Bush Telegraph, Charlene explained: “It was a lot but you tend to get the best out of people when their guards are down and they feel safe.”

Chris told Matt: “We were liking you on the telly on the daily briefings.

“You were articulate and human. And I think that’s why a lot of people felt let down a bit.

“Just got to the end,” Matt interjected, to which Chris agreed: “Yeah… but look, tomorrow is another day.”

Coronation Street star Sue Cleaver chimed: “I think we’ve covered everything, we should stop. What I do appreciate is that you did eat a sheep’s vagina for us.

“And life isn’t black and white and we are all fallible and we all f*** up.”

I’m A Celebrity… Get Me Out Of Here! continues on Saturday at 9pm on ITV.