Chisum was based on the Lincoln County War of 1878 with starring as John Simpson Chisum, a wealthy cattle baron of the American West. The 62-year-old actor was playing a 54-year-old man, so had to go out of his way to hide his advancing age, having cosmetic surgery in September 1969 – a month before filming began. As usual, Duke wore his hairpiece and had make-up applied to appear more youthful than he was.

Meanwhile, Patric Knowles, who played Henry Tunstall, was labelled as the older man in the movie, even though at 58 he was four years younger than Wayne. As was the case in his later films, Duke had a stunt double and he was left very disappointed by how obvious it wasn’t him in Chism’s final fight scene between his character and Forrest Tucker’s Lawrence Murphy. However, something that really cheered up the star on set was an interaction he had with John Mitchum that left him profoundly touched. The Baker actor was the brother of Robert Mitchum, who Wayne had starred opposite in 1967’s El Dorado. 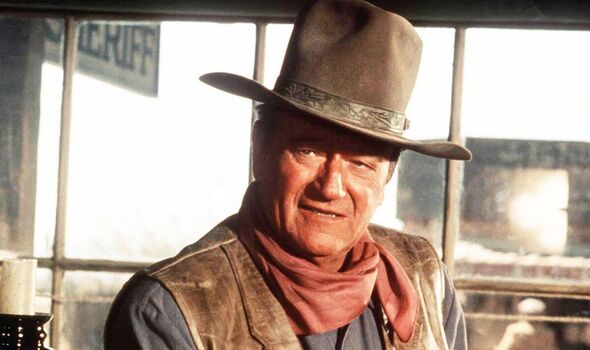 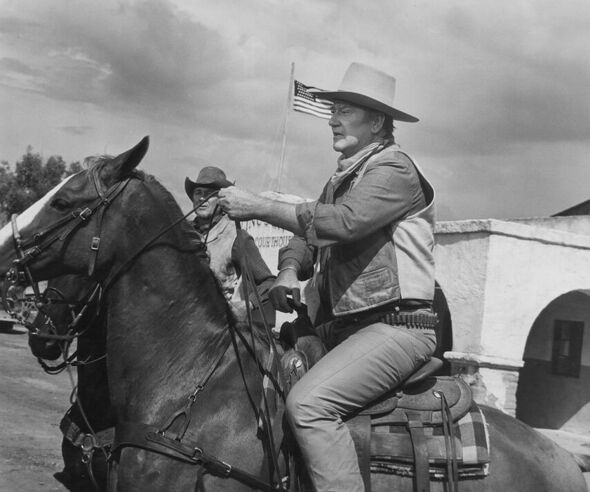 John Wayne often insisted on continuing to do his own stunts despite his ailing health (Image: GETTY)

During filming on Chisum, John introduced Duke to patriotic poetry, which greatly moved Wayne who was a very vocal and proud American.

Having not served in World War II but stayed in Hollywood to make movies, Duke always felt the guilt of this on his shoulders and went out of his way to promote and support the US military throughout his life, especially when playing soldiers on the big screen.

Tucker noticed just how emotional his co-star would become at hearing such verses and suggested that he and John should collaborate on recording some poetry together. As a result, the pair made the 1973 album America, Why I Love Her together, which became a Grammy-nominated spoken-world record. 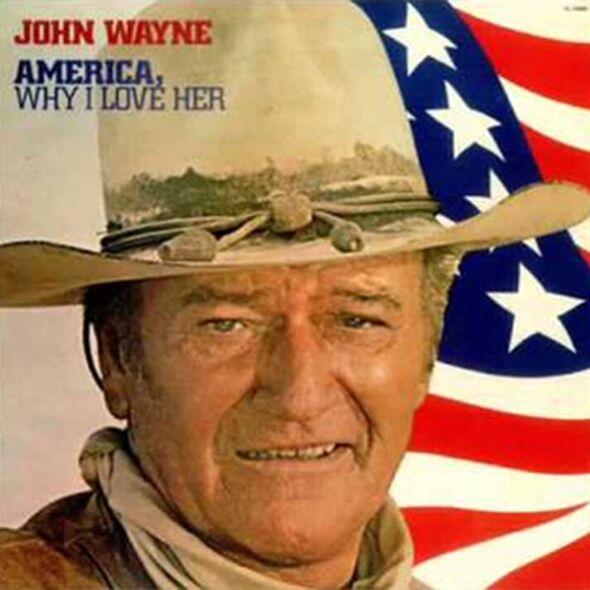 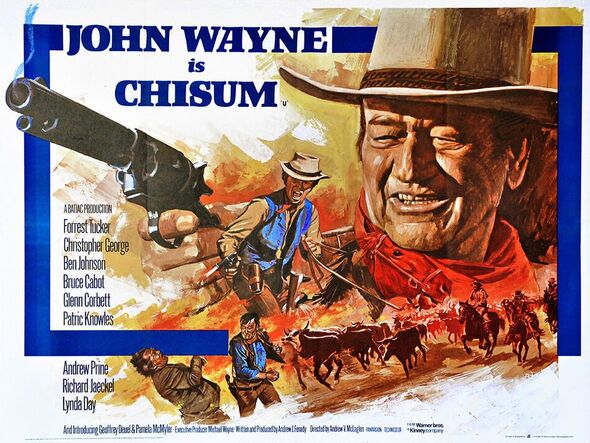 Wayne’s favourite track on America, Why I Love Her was The People, which asserted the USA’s greatness was founded in the incredible achievements of her population.

Those mentioned in the piece included Fred Astaire dancing, Billy Graham evangelising to millions and Mahalia Jackson closing her eyes in devotion. The record was re-released when Wayne died in 1979 and once again following the September 11 attacks.

Another comfort to Duke while filming Chisum was winning his Golden Globe for 1969’s True Grit and finding out that he was nominated for the Best Actor Oscar, which he went on to win.