The RHS said: “Roses can be expensive , but they last for many, many years and are easy to establish if you follow a few simple steps on planting and aftercare. Bare-root roses are only available from about November to March, usually by mail. These are plants dug from open ground and packed to prevent the roots drying out before sale.

“Bare-root plants are usually good quality, having a wider root spread than containerised plants, and they are often good value.

You are reading: How to plant a bare-root rose now – ‘simple steps’ to achieve flourished plant in spring

The term bare root means a plant is supplied without soil around the roots, meaning to facilitate it, it must be in its winter dormancy.

Gardeners must plant it in late autumn or between late winter to early spring, before growth resumes. 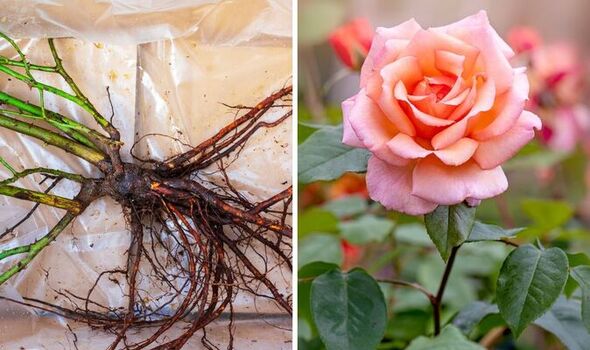 The RHS added: “Avoid planting in the middle of winter when the ground is frozen.”

To plant roses, the experts recommended mixing in at least one bucket of well-rotted organic matter per square metre to the area where the rose or roses are to be planted.

Readmore : Need an ambulance? Depending on the state, it will cost you

Next, apply general fertiliser at 100g per square metre over the surface of the planting area and fork it into the same depth as the organic matter.

The gardening pros continued: “If you are using a mycorrhizal fungi then it is best not to apply a fertiliser at all as phosphorus can suppress the fungus.

“For each rose, dig a hole roughly twice the width of the plant’s roots and the depth of a spade’s blade.

“Carefully tease out the roots of container plants because, if this is not done, the roots may be very slow to extend outwards, leaving the young plant more susceptible to drought in summer.

“Place the rose rose in the centre of the hole and, using a small cane to identify the top of the planting hole, ensure the graft union is at soil level.”

The experts then said to back-fill gently with the excavated soil and organic matter mixture. 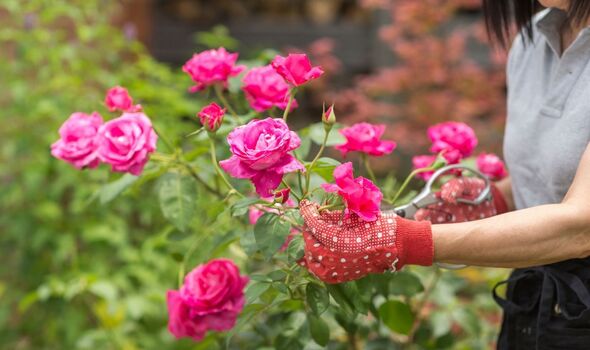 The RHS said roses are easy to establish (Image: Getty)

They added: “Spacing depends on type and habit. Check catalogue or label details.

“If you are replacing old roses with new roses, ensure that you dig out the soil to a depth and width of 45cm and exchange it with soil from a different part of the garden, as roses are at risk from replant disease, also known as soil sickness.”

Gardeners should prune back roses in the first winter after planting, doing this crucial job in late winter or early spring. With all roses, first remove dead, damaged and weak growths.

General ongoing care involves feeding every spring as well as mulching immediately after, keeping the mulch clear of the rose stems. 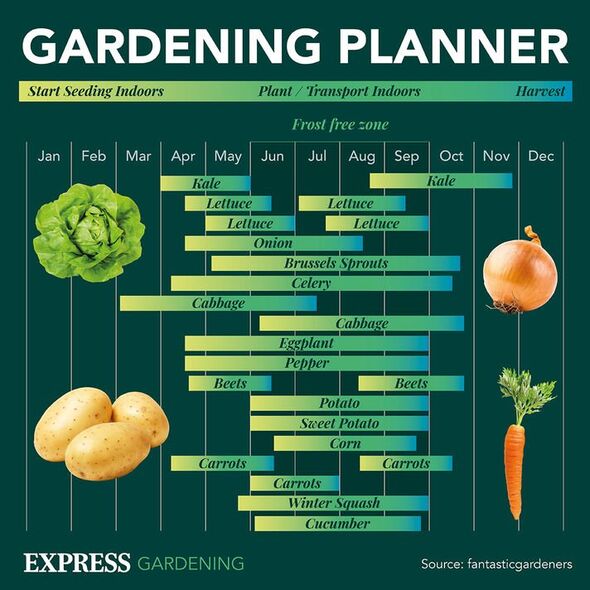 The RHS noted: “Water well in dry spells for at least two summers after planting. In subsequent years, this programme of feeding and mulching can be repeated annually.

“Apply the fertiliser over the existing mulch, from where it will quickly find its way down to the roots, and then top up the mulch to maintain it at the original level.”

Roses may struggle to establish, especially if planted poorly or provided with little aftercare.

They may also struggle if they are planted where roses have grown before, known as replant disease. The RHS said this is a poorly understood problem and occurs when a plant is replaced with the same type.