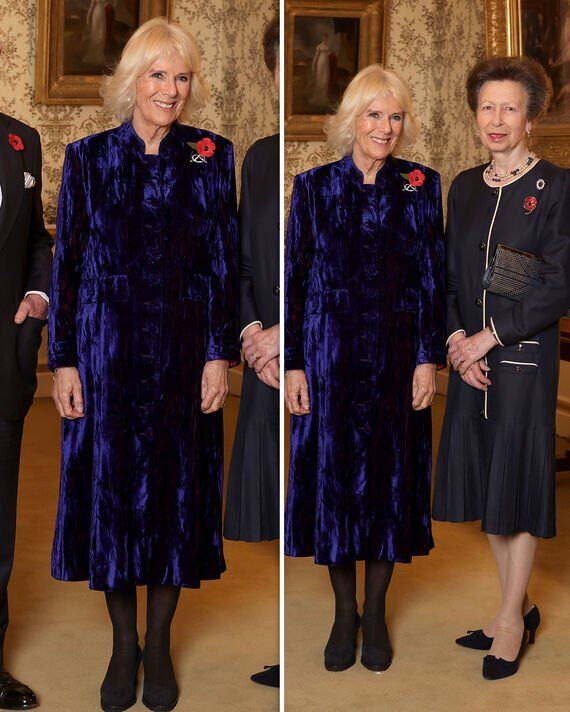 His Majesty The King accompanied by , and Prince Edward, hosted an event at Buckingham Palace to meet Team GB Tokyo Olympic medalists. Queen Camilla dazzled in a blue velvet gown.

Queen Camilla recycled one of her favourite dresses: a midi blue velvet gown she has chosen for other important occasions.

The dress featured long sleeves and velvet buttons on the front, and today, the Queen combined it with black tights and black suede pumps.

She donned a pair of pearl drop earrings and on her lapel was a knot brooch covered in diamonds.

The Queen Consort wore this same dress during Christmas 2020 to attend a children’s charity event in London. 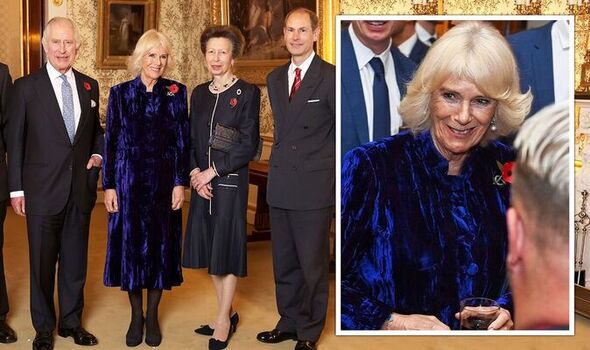 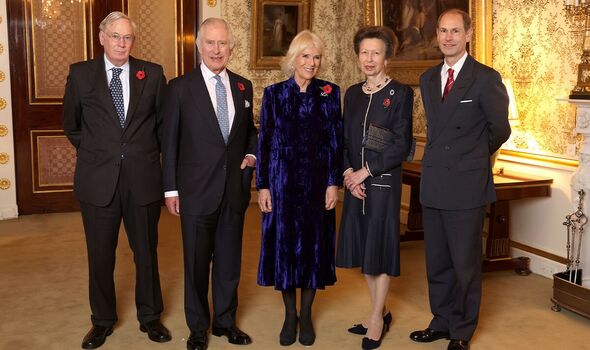 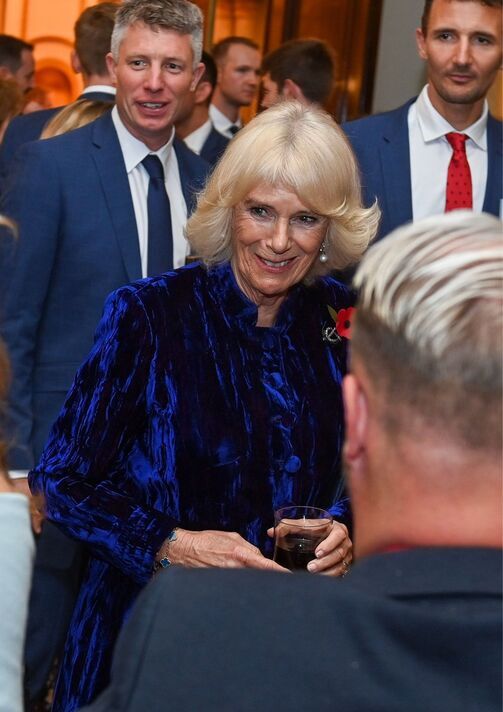 She donned a pair of pearl drop earrings and on her lapel was a knot brooch. (Image: Getty)

Interestingly, Camilla also chose this design to host a reception to celebrate the success of the British Equestrian teams at the 2020 Tokyo Olympic and Paralympic Games earlier this year.

For the reception at Clarence House in London, the then Duchess of Cornwall opted to combine the gown with black high heel boots.

Today, she wore a natural look with a dash of mascara and styled her hair in her signature platinum blow-dry.

Princess Anne donned a black midi dress with a pleated skirt which featured a gold detail around the neck and pockets.

She combined the look with a chic black and gold clutch bag and black suede pumps.

For jewellery, the Princess Royal sported a pair of gold earrings, a pearl necklace with dark blue beads and gold spacer elements, and a diamond brooch.

The royal has donned this unique necklace before, such as at the Royal London Yacht Club Champagne Party during Cowes Week in August 2018. 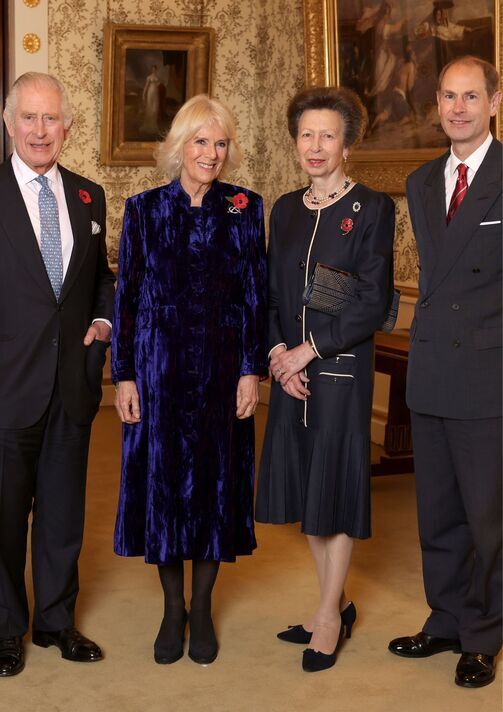 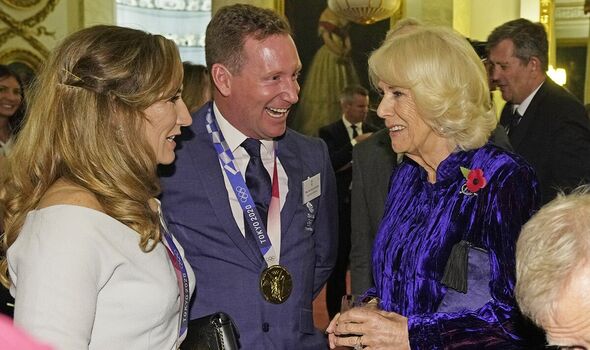 The royal reception at the Palace was to honour the medal-winning athletes from Team GB who participated in the 2020 Tokyo Summer Olympics and Paralympics.

The Princess Royal was the first British royal to compete in the Olympics. She rode Goodwill, Queen Elizabeth’s horse, in the 1976 Montreal Olympics.

The royals welcomed over 200 athletes at Buckingham Palace, where they could be seen chatting with them and enjoying the evening.

Many of them wore red poppy pins, a symbol to honour those who lost their lives ahead of Remembrance Day this month.