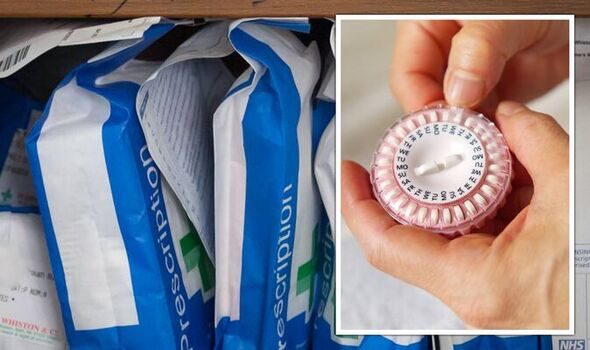 The discussion will also look at the link between menopause and serious health conditions (Image: Getty)

Carolyn Harris MP, Chair of the All Party Parliamentary Group on Menopause, will lead Tuesday’s discussion, which will hear talks from doctors, celebrities and female health experts. Aimed at raising the importance of understanding menopause symptoms it will hear evidence from medical experts who will call for women over 45 to be routinely screened for menopause symptoms and for extra funding to examine the risks and benefits of HRT.

It will also look at the link between menopause and serious health conditions.

You are reading: Scrap prescription charges to help those in menopause, experts demand

Ms Harris says many doctors have little or no specific training in diagnosis and treatment of menopause, and many women struggle for years without understanding the reasons for their symptoms which can include extreme tiredness, loss of libido, aching limbs and hot flushes.

She also warns many women are not being offered the latest effective hormone treatments.

Ms Harris, Labour MP for Swansea East who was misdiagnosed and treated for depression for six years before she was correctly diagnosed with menopause symptoms said: “Women have been let down for far too long. We have seen policies built upon ignorance and workplace rights implemented with little regard for what women need. MPs and Peers from across the political divide are keen to join us in our mission to secure a menopause revolution which will help women get timely diagnosis and treatment.”

Ms Harris, 60, added: “There are 13 million women in the country who are in the menopause but only 14 per cent are being treated. Many cannot access a GP who understands this condition which is linked to over forty different symptoms. Many women who present to doctors are told they have anxiety and given antidepressants – this doesn’t help and they go back and say they are not sleeping and they get sleeping pills.

“These symptoms lead many women to either give up work or reduce their hours. GPs need to be trained properly in recognising these problems and treating them appropriately.”

Her call was backed by former Olympic triple jumper turned life coach, Michelle Griffiths-Robinson. She is the patron of the Menopause Charity, which is campaigning to improve recognition and treatment of menopause.

Ms Griffiths-Robinson, a mother of three from north Devon, developed aching joints and suffered extreme tiredness five years ago. Her symptons only started to resolve recently when, after carrying out her own research, she began taking menopause treatments.

She said: ”Everyone over 45 needs a consultation to identify if they are suffering with menopausal symptoms. It is a taboo subject and yet the cause of over 40 different symptoms as well as being linked to serious health conditions. Trying to navigate the right help for menopause is like a minefield and many doctors are not well trained in this if they are trained at all. I would like to see menopause centres set up staffed with doctors who have upskilled in this area. Women are often trying to do their best for their husbands, their children and doing their work. Very often they don’t put themselves first and trying to navigate the menopause on top of that can be just too much.”

The Menopause Mandate, to be held on World Menopause Day at Westminster, will be Chaired by TV star and Countdown host Carol Vorderman, with speeches from Professor Henrietta Bowden-Jones, Vice President of the Royal Society of Medicine, Dr Philippa Kaye, GP and Author of The M Word: Everything you need to know about the menopause.

Recent research from the Fawcett Society reveals as many as 1 in 10 women who worked during the menopause have left a job due to their symptoms, with 26 percent taking time off work as a result, of which 22 percent took more than one month off or more.

It is estimated this could cost the economy up to 10 billion pounds a year.