judges Anne-Marie and Will.i.am left viewers singing their praises on Saturday night as they tackled the conversation of their personal battles with anxiety and therapy. The pair opened up about how they felt when feeling the pressure of being a musician and explained how they dealt with the feelings. Viewers instantly took to their social media pages to thank the pair for voicing their struggles.

Coming back from an advert break, the coaches were seen discussing their workload, to which former Black Eyes Peas member, Will.i.Am, expressed: “You had four singles out last year, an album, you were on The Voice and you wrote a book?”

You are reading: The Voice viewers praise coaches for airing ‘tough’ anxiety conversation: ‘Thank you!’

Opening up about her experience with anxiety, Anne-Marie candidly explained: “During the process of making my album, I started doing therapy.”

Will.i.Am asked: “Do you struggle with anxiety?” to which she replied: “Yeah, that’s why I went to therapy.”

Relating to her struggles, he added: “There’s a lot of folks that struggle with that.” 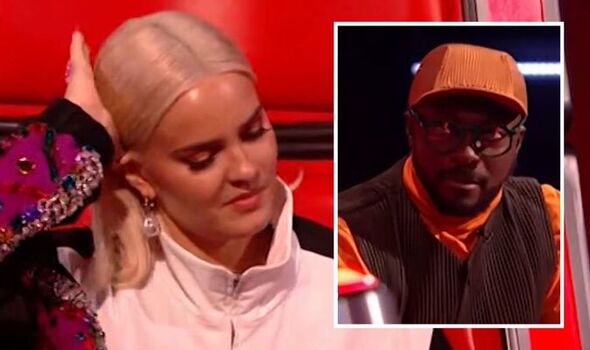 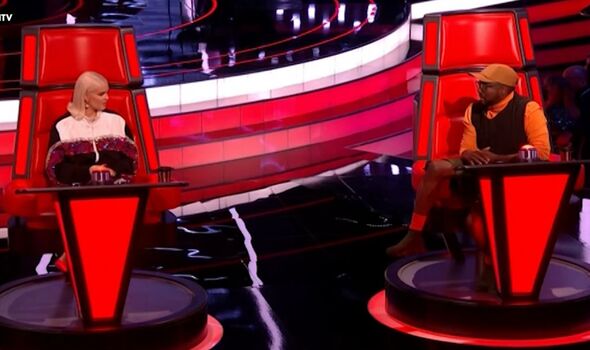 Anne-Marie and Will touched on their experiences with anxiety (Image: ITV)

“I feel like now, I need to speak about it because if I can help someone else, that would make the world better, wouldn’t it?”

Feeling proud of his co-star and knowing how she feels, Will responded with a smile: “Yeah, that’s awesome, I’m proud of you.”

Readmore : ‘They might mix us all up’ Changing Rooms interior designers speak out on new season

Viewers of the show were left in awe of their vulnerability to discuss their stories on national TV and took to their social media accounts to praise their stories. 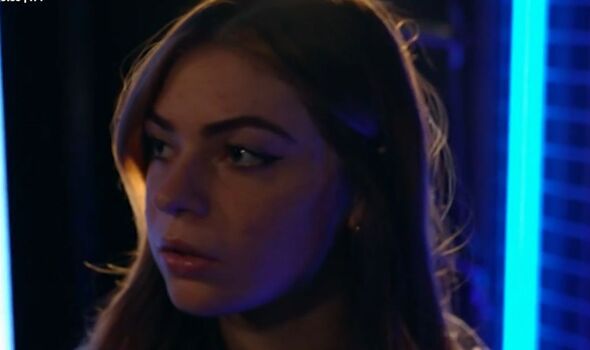 The conversation came before Mila took to the stage with the same struggles (Image: ITV ) 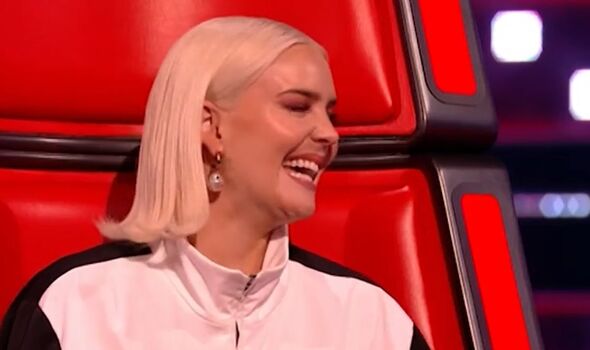 Mila decided to join Anne-Marie’s team as she made it to the second round (Image: ITV)

The Voice fan Jaye Marshall commented: “Thank you #TheVoiceUK for including that important exchange with @AnneMarie saying she suffers with anxiety and went to therapy.

“It’s so important for people to know it’s okay. #YouAreNotAlone.”

@Charlie_Tweets added: “Love Anne Marie, she is right. Anxiety is awful. I suffer from it too #TheVoiceUK.”

@Charleetaylor95 praised: “Anne-Marie and Will talking about their struggles with anxiety and therapy so openly.”

Danielle Watkeys expressed: “Why has @AnneMarie got me all emosh!! #TheVoiceUK.”

Marie applauded: “@AnneMarie and @iamwill talking about their struggles with anxiety and therapy so openly. Hope it helps others, I love them.” (sic)

Their conversation came just before 16-year-old contestant Mila discussed her own battles with anxiety.

She explained: “I’m here today to prove to myself that I can do it because it’s been a thing where I can’t believe that I’m actually good enough.”

Taking to the stage and not letting her worries get the best of her, she delivered an incredible performance of You Can’t Stop The Girl by Bebe Rexha.

Anne-Marie, Tom Jones, and Olly Murs all turned their chairs, keen to take a look at who had delivered such a stunning performance.

Anne-Marie praised her performance but also expressed that she could “relate”, as she could “hear her nerves come through.”

She was adamant that Mila had “more to give”, which ended her pitch for Mila to join her team.

“I could hear the emotion, and that really gets to me,” she said.

Olly praised: “I didn’t have the confidence you have at 16. So, I wanted to press my button and give you the opportunity you deserve.”

Mila decided to choose Anne-Marie as her team captain and the one to help grow her voice.

“I wanna help build you up so you never feel that anxiety when you walk on stage,” the singer told her.

The Voice airs Saturday from 8pm on ITV.