Home sharing is growing in popularity among older adults, as new research reveals, one in three people over 55 would consider having a housemate in later life to save money and avoid living alone.

Proving ‘best friends are forever’, almost a third (31 percent) of the 2,000 over 55-year-olds surveyed said they would be open to moving in with a friend in retirement, with more than one in six (18 percent) admitting that they’d rather live with friends than family.  An adventurous four percent said they’d consider renting with a complete stranger.

You are reading: Over 55s turn to house shares to save money and avoid loneliness

According to property management service provider, , who commissioned the study, the ‘retirement roomie’ trend will only continue to grow as people look to save money.

The company has already seen a 27 percent increase in enquiries for independent-living retirement developments in the last year, with many requesting to move to the same development as their friends – some even as next-door neighbours.

According to the research, 12 percent of the Baby Boomers questioned said the pandemic had changed their attitude towards communal living. However, for 63 percent of surveyors, financial fears remained their biggest concern.

Suggesting it’s not all doom and gloom, one in five (20 percent) said they’d live with others to have fun and 17 percent would do so to enjoy shared hobbies and interests together. 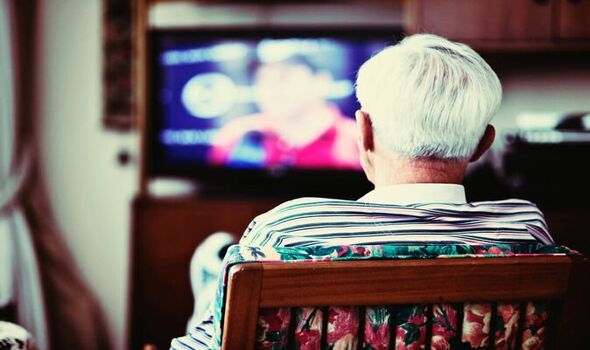 A review of social media and retirement forums online found that ‘friends’ and ‘making friends’ were the most frequently used words in conversations about later life.

David Sinclair, Chief Executive of the International Longevity Centre – UK (ILC) says: “As we get older, we spend an increasing amount of time at home alone and watching television. In old age our network of friends and family is often smaller than it was. One in five of us doesn’t have children and we are more likely than in the past to be divorced or separated.

“We’d like to see more diverse options for housing for older people, and this includes living with friends, which shouldn’t just be for younger people. House-sharing is a great way to build and strengthen relationships and enjoy the company of others, rather than just the characters on our TV screens.”

Gareth Cayford, Director Retirement at FirstPort says: “The events of the last few years have had a seismic impact on people’s attitudes towards later life, leading many to completely rethink what they want in retirement, and who they want to spend it with.

Readmore : Gregg Wallace shares his go-to healthy meals for weight loss – they will ‘fill you up!’

“We are seeing a growing number of enquiries for friends and families looking to live near each other or in the same development buildings, and we expect this to continue to rise in the future – especially with increasing living costs.

“It’s not just a prudent choice but one that demonstrates that independent retirement development living – with communal lounges and spaces to socialise with friends – is more important than ever.”

Ceinwen Kerslake (85) and Gillian Morgan (77), have been friends for over 40 years and live next door to each other in communal development, Homegower House, Swansea.

Gillian says: “After both losing our husbands, we each experienced the loneliness of being widows living in larger houses and wanted to downsize. I would come and visit Cei who moved into the development first, and eventually decided to buy a flat of my own right next door!

“Living next door to each other has brought us closer together as friends, we now spend five days a week together, doing activities like eating out with friends and joining in the development activities.”

Cei added: “Living so close to each other gives us the peace of mind that we can rely on each other when needed, whether that’s a medical emergency or just borrowing milk for a cup of tea.

“We actually tend to share food and save money on our weekly shop! We never expected to live so close to each other in later life but the company we offer has brought us so much joy, we would encourage anyone in a similar situation to us to do the same.”