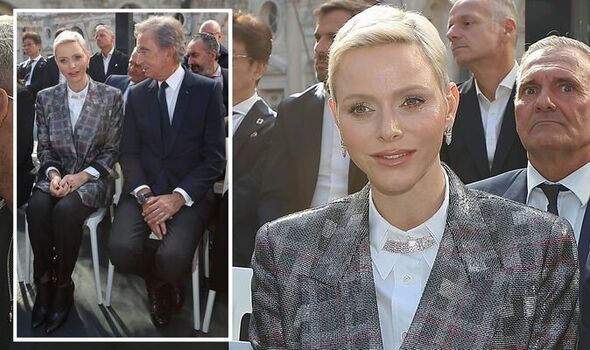 attended the Louis Vuitton Womenswear Spring/Summer 2023 show at Paris Fashion Week today. For the occasion, she dressed in head to toe Louis Vuitton, and sat front row for the event.

The royal opted for a cool smart-casual look with an oversized grey tailored blazer that featured a pink stripe through the check.

You are reading: ‘Love her style!’ Princess Charlene branded ‘epitome of elegance’ at Paris Fashion Week

Underneath she had a white shirt which had been buttoned up to the collar, and a silver necklace had been placed underneath the said collar.

She had rolled up the sleeves of the blazer so the cuffs of the shirt could be seen.

In terms of trousers, the Princess chose a pair of straight black trousers and completed the look with a pair of heeled ankle boots. 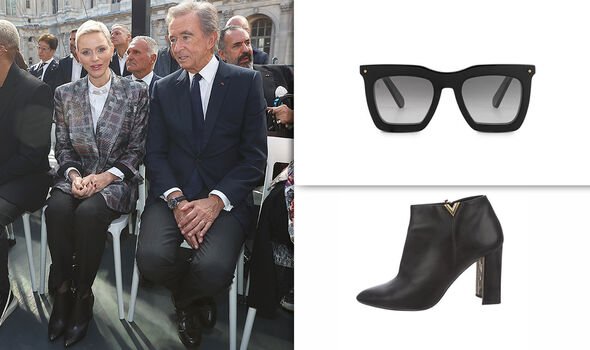 The exact boots are called the Upper East Black Calf Leather Low Boat and are a new addition to the brand.

The boot is described as “both modern and classic and casual but elegant”.

“You can wear them anywhere, anytime and with any outfit while maintaining a fashionable look.

“These boots are elegant, chic and adorned with striking details, like the golden plaque on the graphic heel.

“The shoe opens and closes with a side zip and is made of smooth calf leather.

“The black shades blend beautifully with the golden material, which makes it even more attractive,” the official product description reads.

Princess Charlene completed the outfit with a pair of oversized sunglasses, which are the La Grande Bellezza Sunglasses and have been in Charlene’s wardrobe for some time.

For the event, she sat next to Bernard Arnault, the chief executive of Louis Vuitton.

Also on the front row and poctured alongside Princess Charlene was Léa Seydoux, Lous and the Yakuza, Jennifer Connelly, Cynthia Erivo, Janet Jackson, and Joey Harri. 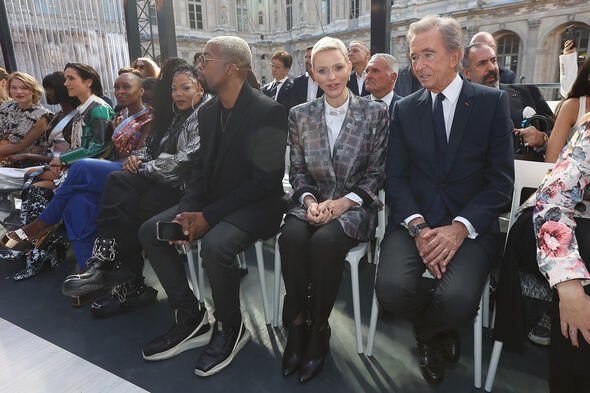 The royal posted an image to her official Instagram account of herself inside a taxi – either to or from the event.

She captioned it: “Good to be back in Paris again!” And recieved several comments.

@Willomeebee3 said: “You are the epitome of elegance and good taste..so beautiful and graceful.”

@ellainthecityboston suggested: “I feel like it is 1985 all over again. But Charlene can pull this off!”

At the beginning of the month, Princess Charlene attened Akris show during the Paris Fashion Week.

Akris is a designer the royal has worn many times before and for the event, she chose an all-black ensemble featuring a strong military-style jacket.

She congratulated Albert Kriemler, the creative direction of Akris “for a wonderful evening” on Instagram and added a heartfelt “congratulations on 100 years of perfection”.