Back in 2019, a fresh batch of contestants entered the tent with the hopes to be crowned the latest Great British Bake Off champion. Dan Chambers was one of those contestants who was hoping to show off his baking skills and make it to the end of the competition. Sadly for Dan, he was booted from the show in week one after having “raw” buttercream but has since spoken out about the judge’s decision.

Dan has opened up about the gruelling filming process and what goes on when the contestants aren’t baking in the tent.

You are reading: ‘It wasn’t raw’ Bake Off contestant slams judges’ decision after week one exit

He explained that before any baking was done, there were group photos taken with the bakers and the judges.

“It’s very informal, the judges just show up and there’s not much talking. The presenters, however, did come in to greet us all,” he told Metro.co.uk.

Dan went on to reveal that the bakers often sit down and have dinner together, describing the interaction as “funny”. 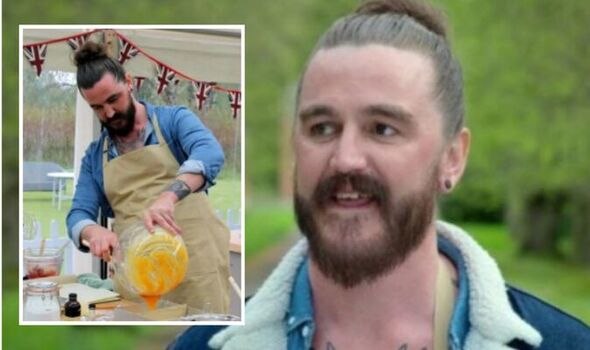 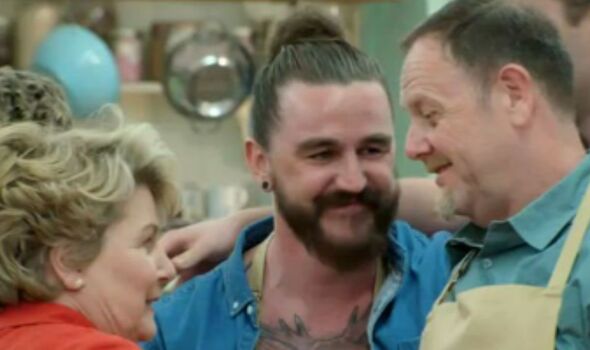 Dan was eliminated during week one after his buttercream was described as raw (Image: CHANNEL 4)

Readmore : ‘I was this lamb slaughtered’ Sharon Osbourne attacks CBS over ‘unfair’ The Talk firing

However, he soon cast his day back to the first day of filming and described the process as a “long day”.

“You get to the tent and you do the signature. When you’re baked and finished you would leave your station exactly how it is for two hours while everything is tidied up.

“Cleaners would come and clean your pots and your station and then you’d go back to the tent and sit next to your cake.” 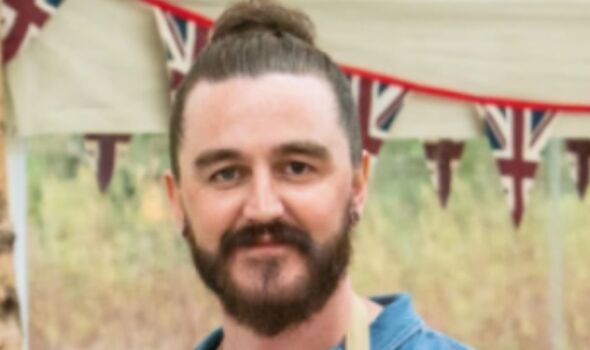 Dan touched on the grueling schedule they have to stick too (Image: CHANNEL 4) 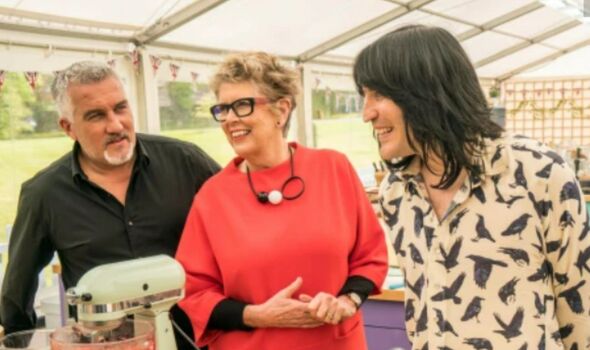 He explained how friendly the judges and presenters were (Image: CHANNEL 4)

Unfortunately for Dan, the two-hour window where his cake was sitting in the hot tent meant his journey came to an end.

“I put buttercream on my hot fruit cake and because it had been sat for two hours the buttercream had seeped everywhere.

“On TV the judges said it was raw. I admit it wasn’t very good, but it wasn’t raw,” he slammed.

Once eliminated from the competition, Dan explained that the producers let the hugs goodbye go on for a while, but then “drag you off” for the exit interview.

Readmore : The Voice’s Olly Murs shares health update as he details why he’s given up alcohol

Speaking about his early exit from the competition, Dan said at the time: “Well it wasn’t a piece of cake at all!

“I love fruit cake and it hasn’t put me off making one, but next time I won’t make it in three hours.

“I had a bad week, but I will definitely take away the friendships.”

For viewers, they possibly expect that being eliminated is where their journey ends, but Dan revealed that it is far from over.

“You’ve got all those photos to take when you’ve already gone. It felt weird because I look back at those photos knowing I had already left.”

“The lead up to the show was really stressful, really horrible actually, you can’t tell anybody, and I was sticking to that.”

Great British Bake Off airs Tuesday from 8pm on Channel 4.