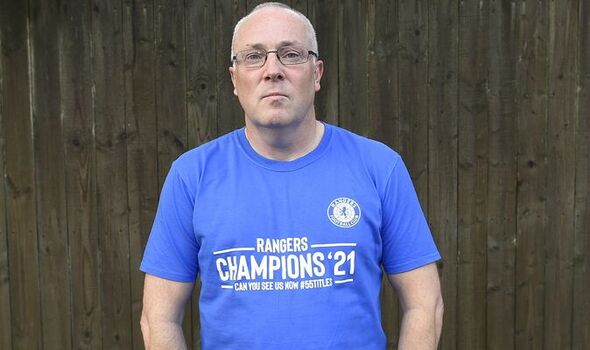 Some of the greatest players, such as Pele and Diego Maradona, have famously claimed their devotion to the game put it on a par with religion. But a court has now concluded it does not constitute a “philosophical belief” in the same way as humanism, pacifism, atheism or veganism.

The tribunal was ruling in the case of subcontractor Edward McClung, who claimed he was discriminated against by two firms because he is a diehard fan of Rangers Football Club.

You are reading: ‘Football is not a religion’ Rangers fan loses discrimination case

Mr McClung sued, saying his allegiance should be viewed as “a way of life” and instead of going to church, he went to watch Rangers in Glasgow.

But employment judge Lucy Wiseman ruled being a football fan was merely “a lifestyle choice” and did not actually qualify as a true “belief”.

Mr McClung, of Bonnybridge, near Falkirk, launched his claim for £80,000, arguing his company McClung Strategy and Projects Ltd lost out on work because he followed Rangers.

The 51-year-old carried out work for energy construction firm Doosan Babcock via recruiters NRL in 2019. Mr McClung alleged Doosan Babcock manager Donald Ross didn’t offer him work due to the team he supports. He also claimed a worker told him Doosan Babcock employee Ian Chisholm was “unusually OK for a Rangers fan”.

Readmore : People claiming any of these five benefits from DWP can get £15 fibre broadband from BT

His case centred on his centre claim that being a fan was such a vital part of his existence that it constituted a philosophical belief and should be protected under law.

Mr McClung told a hearing in Glasgow: “I live my life in accordance with being a Rangers fan. I don’t go to church. I go to Rangers. It’s a belief to me. If people say their religion is protected, how many times do they go to church? It’s as important to me as someone who has a religion.”

Rejecting the claim, the judge concluded: “Support for Rangers has no larger consequences for humanity as a whole, nothing underpinning it beyond a desire for the team to do well and or win and no impact on how people lived their lives.”