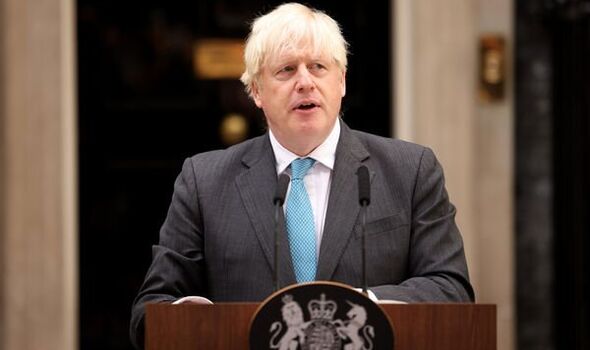 In his farewell speech, he compared himself to “one of those booster rockets that has fulfilled its function”.

He added: “I will now be gently reentering the atmosphere and splashing down invisibly in some remote and obscure corner of the Pacific.”

You are reading: Boris’ farewell speech: ‘I’m like a booster rocket that’s fulfilled its role’

Speaking outside Number 10 yesterday, the outgoing Prime Minister vowed to back his successor.

“I will be supporting Liz Truss and the new government every step of the way,” he said.

Mr Johnson took a swipe at Tories who turned on him, accusing them of “changing the rules”, and hinted he had not ruled out a comeback.

The former Oxford classics scholar referenced an ancient Roman leader to further fuel speculation that he could have another tilt at the top job one day.

“Like Cincinnatus, I am returning to my plough and I will be offering this government nothing but the most fervent support,” Mr Johnson said.

But he did not mention that Cincinnatus came out of retirement to save Rome from a crisis for a second time during the 5th century BC, according to historians.

Referring to present-day problems, Mr Johnson said it was time for party unity after the bitter leadership fight.

“I say to my fellow Conservatives, it’s time for politics to be over, folks.”

“It’s time for us all to get behind Liz Truss and her team, and her programme, and deliver for the people of this country.”

Mr Johnson was cheered by wife Carrie and a crowd of allies as he gave the speech at 7.30am from a lectern in Downing Street before flying to see the Queen at Balmoral.

He praised the “fantastic” public servants who helped get Brexit done, delivered the fastest Covid vaccine rollout in Europe, and armed Ukraine.

And he pledged his successor would do everything possible to get people through the energy crisis.

“That is government for you – that’s this Conservative government,” he said. “The people who organised those prompt supplies of weapons to the heroic Ukrainian armed forces, an action that may very well have helped change the course of the biggest European war for 80 years.”

“And because of the speed and urgency of what you did, everybody involved in this government, to get this economy moving again from July last year in spite of all opposition, all the naysayers, we have and will continue to have that economic strength to give people the cash they need to get through this energy crisis that has been caused by Putin’s vicious war.”

“This country will endure it and we will win. If Putin thinks that he can succeed by blackmailing or bullying the British people then he is utterly deluded.” 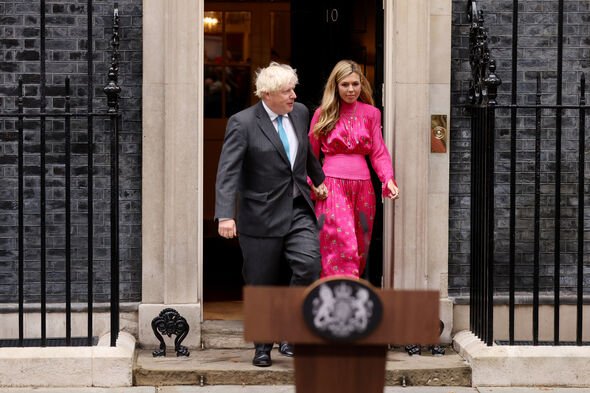 Mr Johnson joked that if his rescue dog Dilyn and Number 10 cat Larry can “put behind them their occasional difficulties” then so can the Tory party. But he made it clear he remains unhappy about being forced out three years into the job.

He said: “In only a couple of hours I will be in Balmoral to see Her Majesty the Queen and the torch will finally be passed to a new Conservative leader.”

“The baton will be handed over in what has unexpectedly turned out to be a relay race.They changed the rules halfway through, but never mind that now.”

Mr Johnson said his government had “laid foundations that will stand the test of time”, from taking back control of laws to putting in vital new infrastructure. Referring to the economic crisis, he promised “we will come out stronger the other side”.

He went on: “I am proud to have discharged the promises I made my party when you were kind enough to choose me, winning the biggest majority since 1987 and the biggest share of the vote since 1979, delivering Brexit, delivering our manifesto commitments – including social care – helping people up and down the country, ensuring that Britain is once again standing tall in the world.”

Mr Johnson and his wife headed off to applause to fly to Balmoral where they spent almost 40 minutes with the Queen as the transition of power formally took place.

Tory MPs praised Mr Johnson for the work he has done to keep the country on track in turbulent times.

Jane Hunt said: “I was in Downing Street this morning to hear the speech. Thanks Boris for delivering Brexit, for guiding us through difficult times during the pandemic, for the vaccine rollout, for supporting Ukraine.”

‘The baton will be handed over in what has unexpectedly turned out to be a relay race’ ‘Like Cincinnatus I am returning to my plough. And I will be offering this government fervent support’ ‘It is time for us all to get behind Liz Truss and her team and her programme’ ‘If Dilyn and Larry can put behind them their difficulties then so can the Tory party’