transfer chief Edu is once again faced with the same problem he had with William Saliba as Reims reportedly want to sign Folarin Balogun permanently next summer. Balogun moved to the French club on a season-long loan in August and has since produced a string of impressive performances for the club. 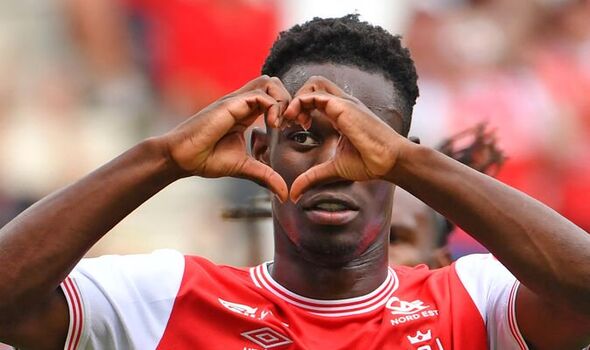 Arsenal striker Folarin Balogun joined Reims on a season-long loan at the start of the campaign (Image: GETTY)

Arsenal moved four points clear at the top of the Premier League table on Saturday after they defeated Tottenham 3-1 in the north London derby at the Emirates Stadium. And much of their success this campaign has come down to the form of centre-back Saliba.

The Gunners shelled out £27million to prise the then-18-year-old away from Saint-Etienne in 2019 when Unai Emery was in charge of the team. And the ace went on to enjoy a loan spell with his former employers, before spending time with Nice and Marseille.

Saliba was one of the best players in Ligue 1 last season as he helped Marseille finish second in the table. And at the end of the campaign, the French side tried to sign the 21-year-old on a permanent basis. Edu ultimately managed to keep his hands on the France international as Mikel Arteta finally thrust the player into his starting team three years after his initial arrival. But Reims now look ready to test the waters with Balogun as they want to sign him for good, according to transfer guru .

Balogun has been a regular starter for Reims this season and has appeared for the team eight times. And the 21-year-old striker has bagged five goals and two assists. His strikes have accounted for half his team’s goals as Reims have struggled for form and entered the weekend just one place above the Ligue 1 relegation zone.

Balogun, who was born in New York but has played 11 times for the England under-21s, is contracted to Arsenal until the summer of 2025. But if Reims make a sensible offer for the youngster, Edu could have a tough decision on his hands. 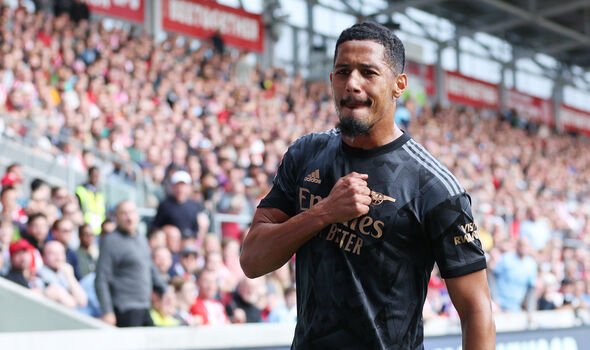 Balogun started Arsenal’s opening day Premier League defeat at Brentford at the start of last season. But that remains his only ever top-flight start in England and he was shipped off to Middlesbrough during the second half of the last campaign. And Arsenal don’t appear to be currently missing him.

The Gunners have won seven of their first eight Premier League matches this term and have already found the back of the net 20 times.