The event at Edmonton’s Beverly Memorial Cenotaph began with a parade from the Maranatha Church.

Before wreaths were laid at the cenotaph, an officer from the 395 Edmonton Royal Canadian Air Cadet Squadron recited “In Flanders Fields,” “The Last Post” was played by a captain from the 15 Field Ambulance, and two Griffon helicopters from the 4 Wing squadron flew over.

Those who laid wreaths included MP Blake Desjarlais on behalf of the federal government and NDP MLA Deron Bilous on behalf of the Alberta Legislature Assembly. Both also spoke to the several hundred who attended in person. 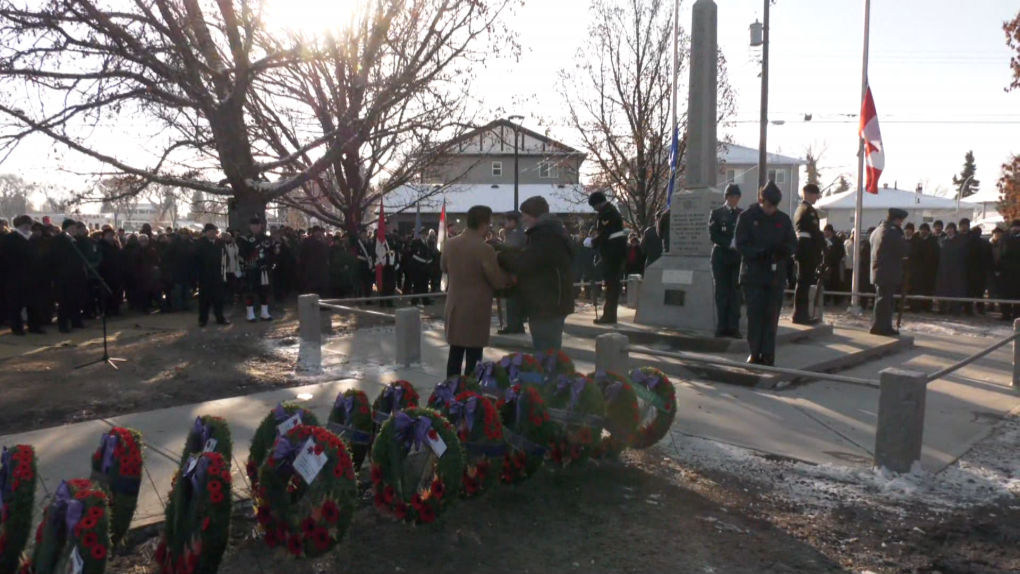 MP Blake Desjarlais, on behalf of the federal government, lays a wreath at the Beverly Memorial Cenotaph in Edmonton during a Remembrance Day service on Nov. 11, 2022.

Readmore : Scots bride ‘felt like inconvenience’ on wedding day waiting for golfers to ‘play through’ photos

Joe Luce, Canadian Armed Forces vet and chairman of Beverly Memorial Cenotaph Committee, spoke of the camaraderie, heartbreak and unique experience he shares with other vets and service members.

“We have dealt with victory and tragedy. We have celebrated and mourned. We’ve lost a few along the way,” Luce said.

“Being a veteran is something that had to be earned. It never can be taken away. It has no monetary value and at the same time it is a priceless gift.”

Luce has been a part of the memorial committee for 22 years. 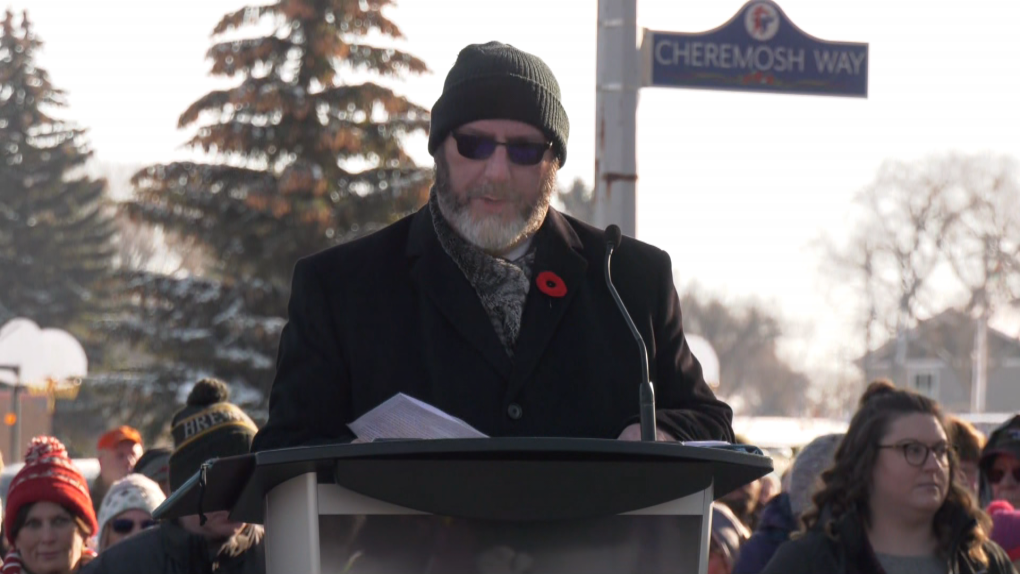 The cenotaph marked its 100th Remembrance Day in 2020. When the cenotaph was dedicated in 1920, Beverly was not a part of the City of Edmonton, but a community of about 1,000 people. Even so, the town sent 170 men in the First World War, nearly one-fifth of its population. According to historians, 142 soldiers came home.

“The phrase ‘Lest we forget’ challenges us to always remember the actions of the past. Lest we forget the horrors of war; the evils of racism and human rights abuses. Lest we become complacent and think it’s happening somewhere else or it could never happen here,” MC J’lyn Nye, honorary colonel of the 408 Tactical Helicopter Squadron, commented.

“It is through gatherings like this one, and the 101 Remembrance services at this cenotaph prior, that we honour our veterans and serving military personnel. We also build community and hope for a future of peace, acceptance and dignity for all.” 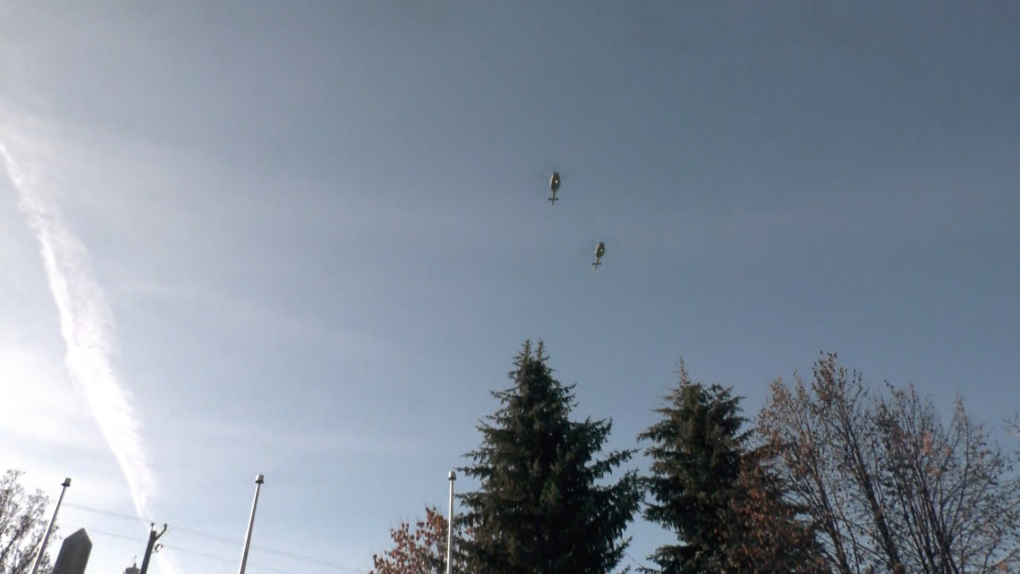 The ceremony concluded with – for the first time in 70 years – “God Save the King.”

Other Remembrance Day events were held in Edmonton at the City Hall Plaza and the Kingsway, Jasper Place, and Norwood Canadian Legion branches.