Skip to content
Queenslanders are dicing with death as railway trespassing incidents in the state continue to rise.
Shocking near-misses have been captured on CCTV cameras across the rail network in recent months.
In one alarming incident, a man who realised he was on the wrong side of Alderley station in August﻿ raced the train along the platform and leapt in front of it.
﻿READ MORE:Diver attacked by invisible threat on Aussie beaches
The train stopped as the uninjured commuter jumped onto the platform and calmly jumped aboard.
A month later at Altandi Station, a man jumped onto the tracks at the last minute and just made it to the other side with a speeding train metres away.
Railway workers have also seen near-misses ﻿involving people retrieving objects.
At Murarrie Station in June, a woman walked across the path of a train to hand something to a man waiting on the other side.
At Graceville Station in August, a girl with a skateboard rolled the board to her friend.
EXPLAINED:How to know if you’re being digitally tracked and what to do about it
The friend caught the board as it almost fell onto the tracks ﻿with an oncoming train approaching.
The state’s rail operator has reported almost 3000 trespassing cases in the last financial year, with almost 200 near misses.
Queensland Rail senior manager of security and emergency preparedness Drew Brock said trains on the network can travel at speeds of up to 160 kilometres per hour and can take up to two kilometres to stop. 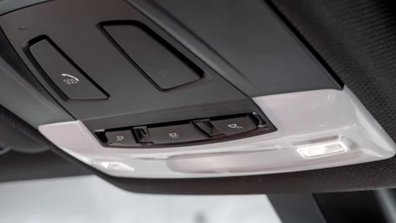 Is it illegal to drive with the interior car light on?
View Gallery
“By illegally accessing prohibited areas of the rail network, trespassers are risking electrocution from the high voltage overhead lines or being struck by a train,” Brock said.
“If you don’t get killed, you will get caught. We have around 12,000 CCTV cameras across the network, a dedicated team of police railway squad officers, authorised officers and private security guards.”
A new safety campaign will be rolled out on social media and on digital screens across the South East Queensland railway network from next week.﻿