visited Streatham in a recent episode, where Jacqui Joseph looked around a small, two-bedroom flat which had original 1930’s features hidden beneath the poorly maintained exterior. The dwelling, which was located in a historic 1938 building, had a guide price of £160,000 and was snapped up by Jordan for £186,000 at auction. While the compact space was broken and dingy inside, its “rough diamond” appearance had strong potential to be transformed into an attractive city abode.

Despite being tucked away on the fourth floor of a rather unappealing building, the flat was in a desirable location in South London.

Three railway stations were nearby, one of which was located directly opposite the .

An array of green spaces, shops, bars, and restaurants could also be found just a stone’s throw away.

After climbing up the wooden, parquet staircase to avoid the broken lift, presenter Jacqui Joseph noted that she was “breathless” once she reached the dated front door of the flat. 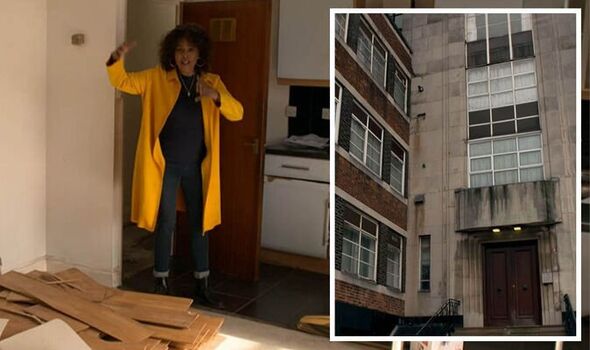 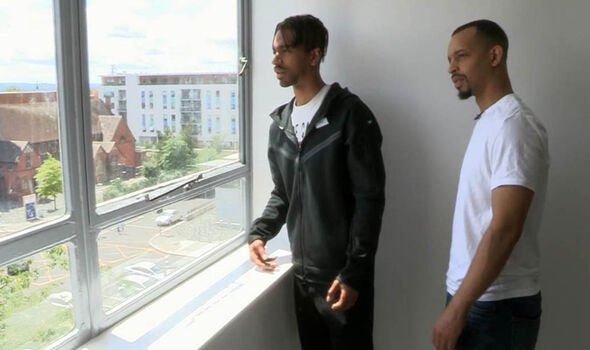 Jordan was joined by his younger brother and dad to complete the renovation work (Image: BBC)

The hallway was surprisingly wide, though the cream walls looked dirty and the original parquet flooring was severely damaged.

On one side of the hall stood a cramped, dated bathroom, and a storage cupboard on the other.

Both bedrooms were a “really nice size” according to Jacqui, one of which had an ensuite shower room.

The “amazing” space gave the buyer plenty to work with, though there were signs of dampness and mould which covered three walls in the open-plan kitchen and living area.

Original metal frame windows gave “great views” onto the street, which was noticeable quiet for the London spot.

While the property had many positives, the dated wiring and “eye-watering” annual service charge of £3,000 per year posed some challenges for the buyer, Jordan.

In March 2021, a local property agent visited the property and estimated a rental value of £1,500 per calendar month and a potential sale price of £250,000 with the right renovations.

However, the experienced property investor managed to exceed these estimations by a staggering £100,000. 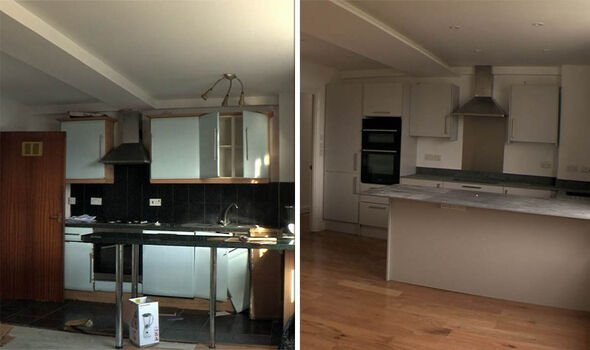 The kitchen and living area was always open plan but it had been transformed into a modern space (Image: BBC)

With a budget of £21,100, Jordan planned a “top to bottom” renovation which included new wiring and plumbing.

He planned to “rip out and reinstate the lot” with the hopes of getting the top development price for his first solo project.

Three months later, Homes Under the Hammer returned to Streatham to see the flat. It had been transformed into a sleek, modern home.

A crisp and contemporary bathroom had been fitted with both bedrooms fully redecorated with new carpets and doors too.

The ensuite was also completely ripped out and redone to a high standard. 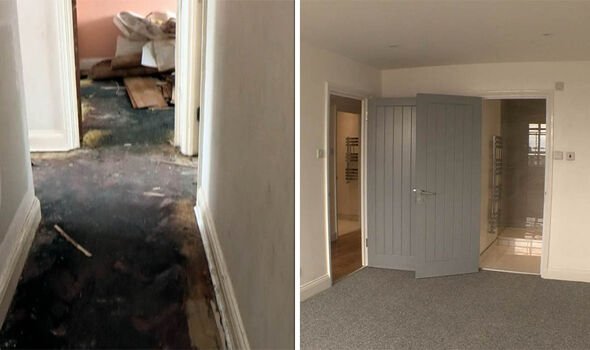 The parquet flooring was ripped out and replaced with wooden floors or grey carpet (Image: BBC)

Looking for a new home, or just fancy a look? Add your postcode below or

In the main kitchen and living space, the parquet flooring had been replaced with polished wooden boards.

The white walls combined with touches of oak and hints of grey made for a clean and inviting finish.

In June 2021, local property agent Ken Hume of James Alexander returned to the fully refurbished flat. He revealed that the property could fetch as much as £350,000 on the sale market – £100,000 more than he originally predicted.