At the time of the incident, Thomas O’Halloran was on his way back from busking to raise money for Ukraine, outside a Tesco branch in Greenford, West London. The clip was taken just 20 minutes before he was fatally attacked a mile away from the store.

Shop worker Ronak Patel recognised Thomas in the footage after seeing him going back and forth on his scooter, where he kept donations in a yellow box, on a daily basis.

You are reading: Last moments of ‘much-loved’ pensioner before fatal stabbing on mobility scooter

“That’s him, he went past here twice every day on his way to and from Tesco to play his accordion.”

The video comes after police shared pictures of a man who they want to identify “as a matter of urgency”. He was wearing grey shorts, a dark coloured T-shirt, a white baseball cap and white patterned builder style gloves.

A Tesco security guard claimed that he recognised the man pictured by police fleeing the scene as a shoplifter who allegedly attempted to pinch from the store before.

“He wasn’t in the store yesterday but the old man was playing, he plays outside here every afternoon,” he told the Mirror. “I think the man will have followed or chased Thomas. He was raising quite a lot of money.” 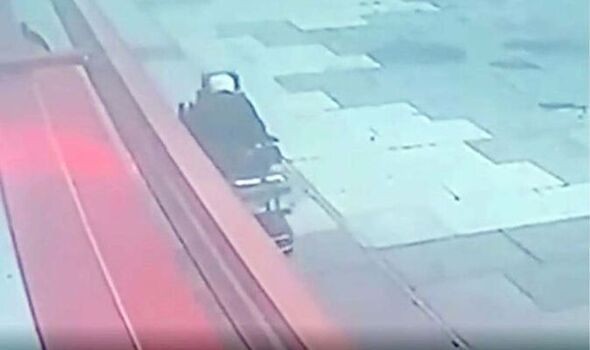 CCTV shows 87-year-old Thomas O’Halloran on his way back from busking to raise money for Ukraine (Image: Mirror)

Meanwhile, separate footage from a resident appears to capture the aftermath of the stabbing.

It shows a man on a mobility scooter coming from the alleyway where the attack is thought to have taken place, reports Sky News.

He then seems to speak to two members of the public as they try to help him.

Police believe Thomas was stabbed in Western Avenue shortly after 4pm, before managing to travel around 75 yards to Runnymede Gardens where he flagged down a passerby. 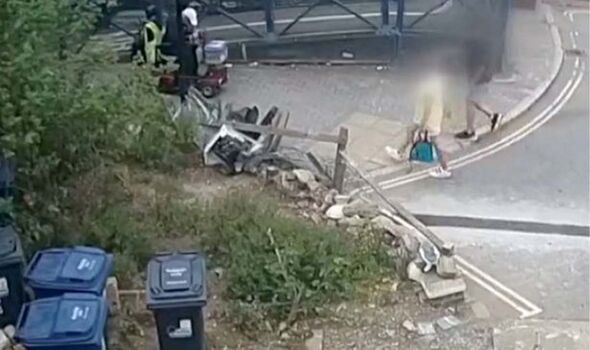 A man on a mobility scooter, believed to be Thomas, appearing to flag down a member of the public (Image: Sky News)

Detective Chief Inspector Jim Eastwood, who is leading the investigation, said: “We are keen to identify the man in the CCTV images as a matter of urgency.

Readmore : UK’s Truss: I recognise there has been market disruption

“He is clearly a dangerous individual and people are advised not to approach him, but to call us immediately on 999 if they know him or have any information regarding his whereabouts.

“My team and I have been working around the clock to bring Mr O’Halloran’s killer to justice, but we need your help.

“If you have any information at all that will assist us with our investigation – no matter how small – please contact us or alternatively, contact Crimestoppers anonymously. 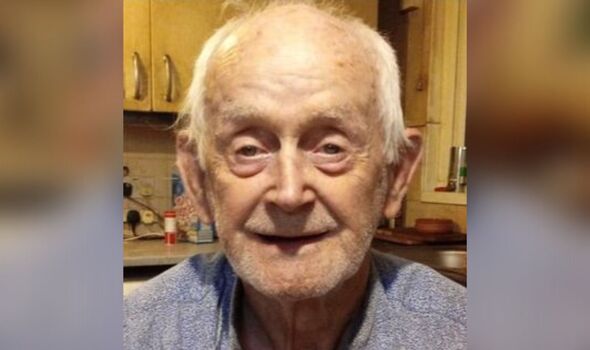 “I’d also appeal to anyone who might have dash cam or cycle helmet footage that might have captured the incident to get in touch with us.”

Frasley Coutinho, who lives opposite the scene, earlier said he saw the victim surrounded by a group of young boys.

He said: “I saw a couple of people gathering around him and then he drove past and stopped further up, and then there was a group of young boys around him.”

Mr Coutinho said he caught some of the incident on a CCTV camera but it was obscured by a plant.

“I had a rose plant blocking it so I couldn’t see any more,” he said. 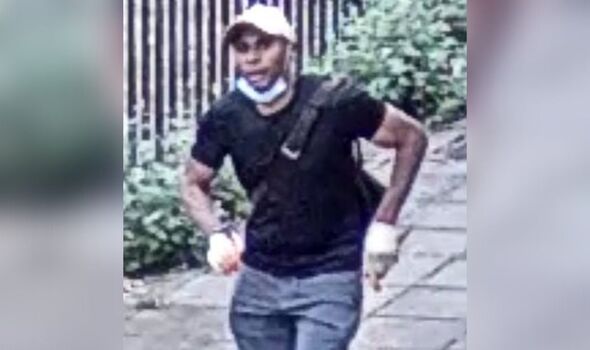 Police shared pictures of a man who they want to identify (Image: Met Police)

“He was a very well known and much-loved member of our community.

Thomas, who posted videos of himself playing the accordion and harmonica, was well-known in the area for busking outside the local Tube station and  store.

Members of the community took to social media to share their fond memories of him, describing him as a “lovely” man who “helped everyone he could”. 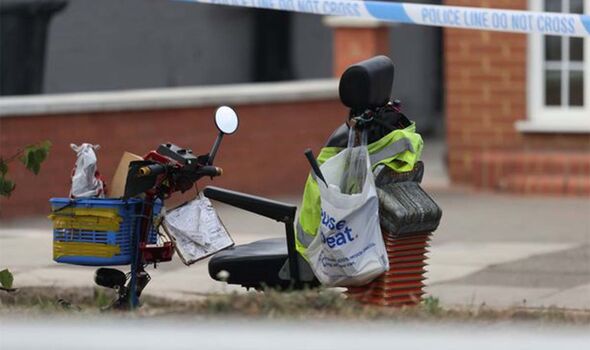 Ch Supt Wilson said at a press briefing today: “I understand that our community will quite rightly be shocked and appalled by this incident, as I am too.

“We are now able to name the man who has tragically lost his life as Mr Thomas O’Halloran who lived in Greenford and was a very well-known and much-loved member of our community.

“My thoughts very much remain with Mr O’Halloran’s family and friends today.

He added: “As of now, the public will see extra officers patrolling the area over the coming days. They are there to protect you and to help you.

“If you have any concerns or information that you want to share, please approach those officers.

“I realise the dreadful impact that incidents like this have on our communities – I would like to reassure you all that we are doing all we can to solve the horrendous crimes that we have seen across London over the last few days.

“I stress that London remains one of the very safest cities in the world.

“However, we do need your help and so please come forward with any information that you have about this awful incident or any other violent crimes.”