Skip to content
The majority of dating app-users in Australia have experienced sexual violence on the increasingly popular platforms, a new study has indicated.
Three-quarters of the almost 10,000 people who undertook the Australian Institute of Criminology (AIC) survey reported having been subject to sexual violence on dating apps or website in the past five years.
A further one third of the ﻿9,987 people surveyed reported having experienced in-person sexual violence at the hands of someone they met on a dating app or website.
READ MORE:Twitter launches ‘edit’ function in Australia – for a price﻿
Many of the survey users reported having repeatedly been victimised, while sexual violence was also found to be particularly common among LGBTIQ+ communities.
﻿”Mobile dating apps and websites are an increasingly popular and socially acceptable way of meeting people. It appears, however, that there is an inherent risk associated with these platforms of being subjected to sexual harassment, aggression or violence both online and in person,” the survey authors wrote.
AIC Deputy Director Dr Rick Brown has said the measures dating app companies are currently undertaking to make their platforms safe are “encouraging”, but “the high levels of online and in-person DAFSV in this report demonstrate the need to embed Safety by Design principles in their development processes”.
“Considering the long and short-term implications for victim-survivors after experiencing these harmful behaviours, there is an obvious need to develop mechanisms for protecting online dating platform users from being subjected to Dating App Facilitated Sexual Violence, and to prevent perpetrators from subjecting other users to similar forms of violence,” the study authors concluded.
READ MORE: ﻿How two Aussie women with genital herpes deal with stigma of STI
Sexual harassment was the most common form of online sexual violence reported in the survey, with 69 per cent of users having experienced it.
Almost half reported being contacting by someone after telling them they were not interested, and 40.9 per cent of survey respondents said they had been sent sexual images they did ask for.
Of the in-person violence, more than 27 per cent of people reported having experienced sexual assault or coercion, such as being pressured verbally to perform unwanted sexual acts (22 per cent) and having their drink spiked to try and coerce them into performing a sexual act (10 per cent).
Almost one in five survey respondents – 18.8 per cent – ﻿reported having been victims of stealthing or someone lying about their sexual health status.
A further 10.5 per cent said they had had been photographed without their consent while they were engaging in sexual activity and 14.3 percent said they experienced in-person stalking. 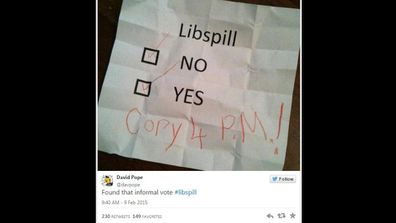