has infuriated shoppers after making a change that could impact all customers. The retailer has announced a change to its loyalty app, which many are not impressed with.

Lidl has made a major change to its Lidl Plus loyalty app.

Under the old system, shoppers would get £10 off a future shop when they spent £200 in one month.

However, this month, the retailer said it will be giving customers only 10 percent off their next shop, and they need to spend £250 – not £200.

This change was implemented on September 1. 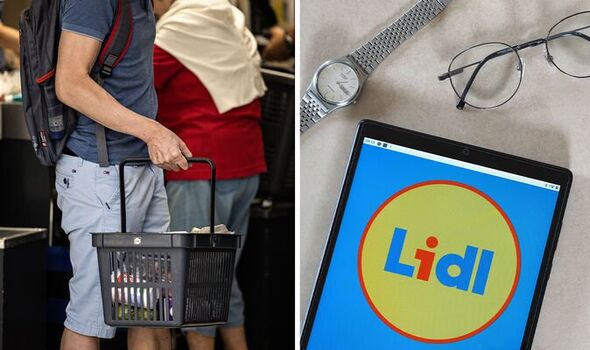 To get £10 off their shop, customers will need to spend £100, which means a total spend of £350, before the discount is taken off.

Other changes to the app’s rewards system include a free product coupon when shoppers spend £150 or more in one month.

After finding out about the changes, shoppers took to social media this week to express their opinions.

Many were furious, claiming the deal wasn’t as good as it used to be. Some even threatened to boycott the budget retailer.

“Just when families are in financial crisis.”

Another commented: “Really disappointed with this change from £10 voucher to 10 percent off.

“I shop little and often during the month (single parent, don’t drive so can’t get a big shop home easily) this works out much worse for me now.

Readmore : How to sleep: Three vegetables that may ‘stimulate brain activity’ and sabotage your sleep

“Lidl was my main shop, considering the others now tbh.”[sic]

A third customer said: “Please bring back the £10 voucher as opposed to 10 percent off.”

Another shopper wrote: “Lidl removing the £10 voucher if you spend £200 from your app has resulted in me removing your app from my phone.

“What use is 10 percent off your next shop if you spend £250 to single people on low incomes? The custom you clearly don’t value is going elsewhere.”

One customer shared they will be shopping at Aldi, instead of Lidl, from now on.

User @newtonpop added: “@LidlGB really disappointed with the change in your Lidl plus reward app – this with the constant half empty shelves may mean other supermarkets get my business instead. It’s no longer half as rewarding #disappointed.”