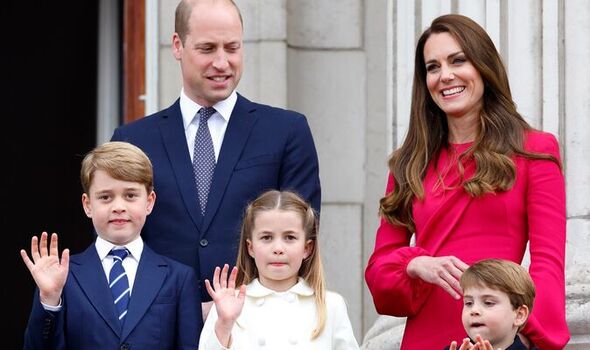 The royal couple have vowed there will be no extra cost to the taxpayer from the move (Image: Getty)

William and Kate had several options but chose four-bedroom Adelaide Cottage on the royal estate at Windsor as their new home and best fit for their plans to escape living in what they regard as a goldfish bowl at Kensington Palace. But that meant there was no room for Ms Borrallo, who has worked for the Cambridges since 2014 and will continue to do so. Senior royal aides intend to find her a separate place to live on the Windsor estate so that she is still close by.

Until now Ms Borrallo has been a live-in nanny at Kensington Palace and Anmer Hall, their 10-bedroom country retreat in Norfolk.

You are reading: Kate and William to remove nanny from home as children need ‘normal upbringing’

It is understood that, ideally, William and Kate would have liked to have found her a room in their new home, as they regard her as a much-loved member of the family.

They had several options but downsizing from their 21-room apartment at Kensington Palace to the relatively modest Adelaide Cottage fitted best with their plans to create as normal a life as possible, according to a well-placed source.

William and Kate, both 40, intend to move their children, Prince George, nine, Princess Charlotte, seven, and Prince Louis, four, to school in Berkshire. In their new home they will be only 10 minutes away from the Queen at Windsor Castle and a short drive from Kate’s parents, Michael and Carole Middleton at Bucklebury.

Adelaide Cottage, which has an adjoining but uninhabitable lodge built into a hillside, falls within the perimeter of the royal estate so will be protected by existing security arrangements at Windsor.

The royal couple, who are expected to keep Kensington Palace as their official residence and office and Anmer as a country hideaway, have vowed there will be no extra cost to the taxpayer from the move. It is understood there will be no need to build accommodation in the grounds for police bodyguards, as they did at Anmer.