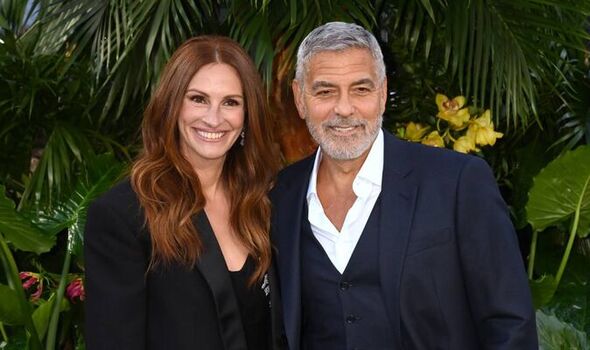 The Oscar-winning A-listers were in the West End for the world premiere of their latest movie Ticket to Paradise.

It sees them reunited on screen as a bickering divorced couple who fly to Bali to stop their lovestruck daughter from getting married.

You are reading: George Clooney and Julia Roberts back together on the red carpet

But Clooney, 61, was all smiles beside his real-life wife, Amal, as they arrived at the Odeon Luxe.

Ticket to Paradise is a romantic comedy which sees Clooney and Roberts reunited for the first time since the 2016 crime thriller Money Monster.

They also appeared in the Oceans heist series of movies.

The film also marks the return to “romcoms” for Roberts after more than 20 years.

The actress, who won an Oscar for Erin Brockovich in 2001, said she needed to find a script that was the same level of “madcap fun” as the comedies she starred in back in the 1990s.