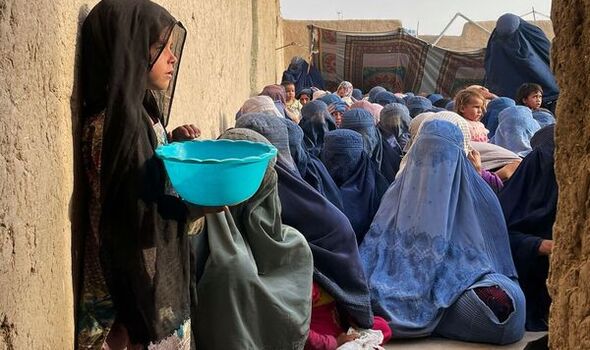 Now with soaring food prices caused by the Ukraine crisis and Western sanctions on the Taliban, experts are warning that the international community must act now to prevent catastrophe.

A report by Save the Children has revealed youngsters in Afghanistan are “exhausted and wasting away”.

You are reading: Afghans’ humanitarian crisis: ‘Children are wasting away’

Almost 20 million people – nearly half the population – face starvation and children are being sold for marriage and forced to work as slaves.

“Children are going to bed hungry night after night. They’re exhausted and wasting away, unable to play and study like they used to. They’re spending their days toiling in brick factories, collecting rubbish and cleaning homes instead of going to school.” 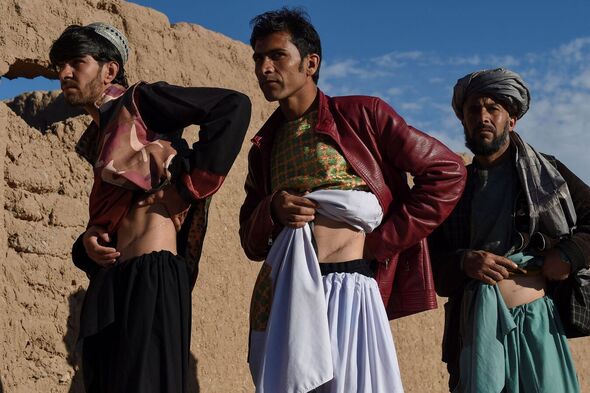 Afghan men who sold their kidneys over a period of the last four years show their scars (Image: Getty)

“Girls are bearing the brunt of the deteriorating situation.”

“They’re missing more meals, suffering from isolation and emotional distress and are staying home while boys go to school. This is a humanitarian crisis, but also a child rights catastrophe.”

“The solution cannot be found in Afghanistan alone. The solution lies in the corridors of power and in the offices of our global political leaders.”

On Saturday a demo by around 40 women in Kabul chanting “bread, work and freedom” was dispersed by guns shot into the air?