The amber weather alert for thunderstorms covers Cornwall, Devon and Somerset. It is in place from 2pm on until 8pm on Monday.

The Met Office warned  that “thunderstorms and heavy showers are likely to cause travel disruption and, in a few places flooding”.

You are reading: Met Office amber warning: Alert level stepped up as flooding of homes in region ‘likely’

The forecaster warned that homes and businesses should be prepared for flooding, with damage expected to some buildings in the region.

It added: “Fast flowing or deep floodwater is likely, causing danger to life.”

The Met Office then warned that “disruption” to travel could become widespread. 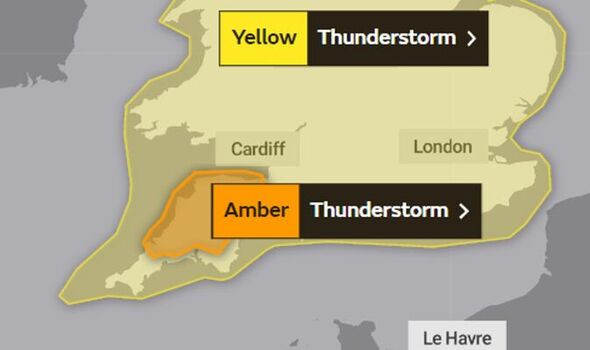 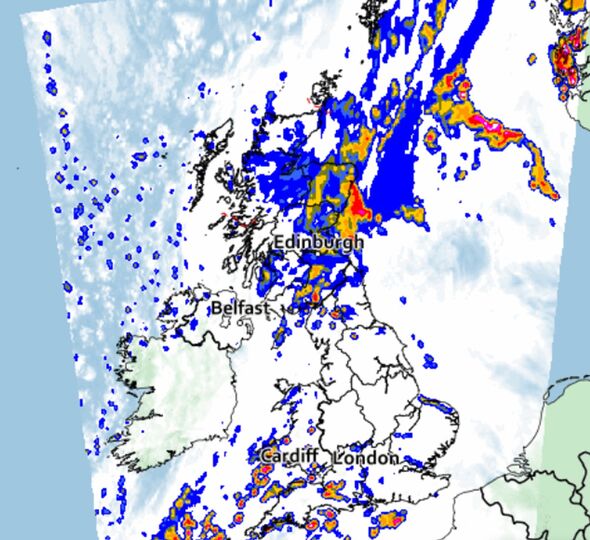 Rain and thunderstorms will hit the UK hard on Tuesday (Image: Met Office)

It said: “Where flooding or lightning strikes occur, delays and some cancellations to train and bus services are likely.

This comes after the Met Office issued a series of yellow weather alerts across the UK. 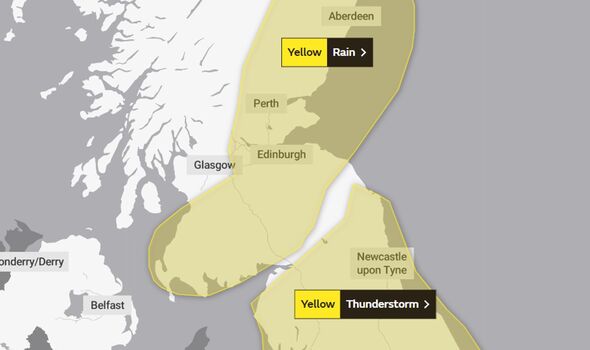 The same warning is still in place for London and the south east of England.

“Disruption” due to thunderstorms was expected across the Midlands and the east of England.

“Torrential rain” was forecast for the north east and north west, sweeping down through the Midlands and the eastern counties on Tuesday. 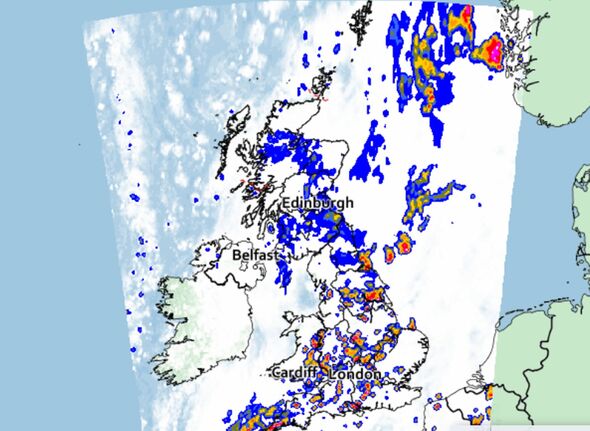 A band of rain and thunderstorms will sweep through the southwest on Tuesday (Image: Met Office)

The yellow alert then became a rain warning towards the English border with Scotland.

The yellow warning was issued for the Borders, Lothian, Dumfries and Galloway, as well as Fife and Strathclyde.

Despite the downpours, temperatures are expected to remain high throughout the middle of the week.

The cooler temperatures will be seen across the Scottish Highlands, with numbers hovering in the mid-teens.

London will be among the warmest, just touching 25C despite the thunderstorm warnings.

Much of the country will see temperatures in the low twenties, and often high teens.